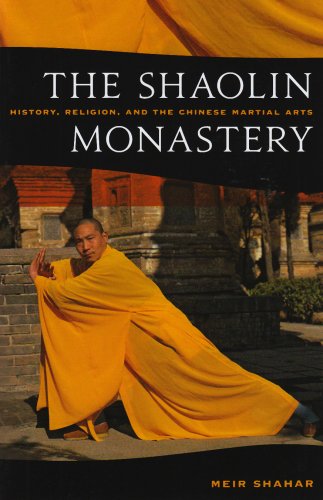 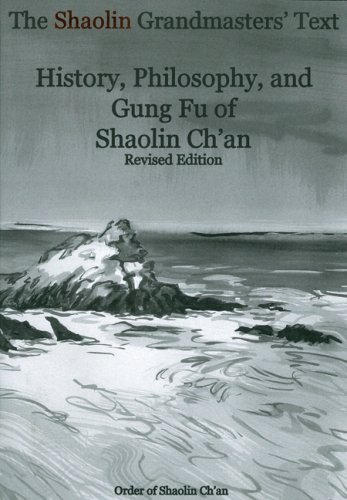 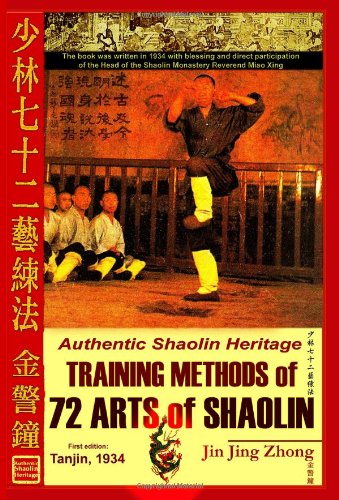 The Shaolin temples (Shàolín Sì) are a group of Chinese Buddhist monasteries in Henan Province famed for their long association with Chán (Zen) Buddhism and martial arts. Thanks to Kung Fu movies, they are probably the most familiar Buddhist monasteries in the West. Shaolin is situated on China's central Taoist sacred mountain, Song Shan. The name "Shaolin" means "Young Forest".

Shaolin was founded during the Northern Wei dynasty in approximately 497 AD and remains one of China's oldest Buddhist temples. It was said to have been used as a home by the Indian monk Batuo during the thirty years he spent preaching Nikaya Buddhism in China.

But the most famous name associated with Shaolin is that of Bodhidharma or Tamo (pinyin: Dámó), an Indian monk who travelled to China in 5th century to teach Buddhism. A traditional story relates that Bodhidharma sat in meditation facing a wall in a nearby cave for nine years. Bodhidharma's ministry at Shaolin formed the basis for what would later be called the Zen or Chán (Meditation) school of Buddhism.

After entering Shaolin, it is said that Bodhidharma found the monks out of shape from a lifetime spent in study and meditation, so he introduced a regimen of gymnastics to balance out all that sitting. Combining movement with meditational breathing, the monks studied and copied the movements of animals such as snakes, tigers and mantises.

These exercises soon evolved into a form of self-defense, as Shaolin was isolated in lawless territory and often prey to bandits (a common problem for monasteries, which was met in Egypt by strong walls and in Ireland by round towers), and eventually became kung fu.

From childhood, Shaolin monks subjected themselves to rigorous training five hours a day, every day. Only after 20 years of successful practice could these young monks be considered kung fu masters, by which time they could perform incredible feats, ranging from breaking concrete slabs with their fists to balancing their entire body on one finger.

In its original form, the martial arts taught at Shaolin had a spiritual and moral dimension that was considered equally, if not more, important than the physical. The monks spent as many hours meditating as they did in physical training and adhered to a moral code in which self-defense was the only acceptable reason for fighting and killing one's opponent was avoided if possible.

Popular tales illustrating the Shaolin ideal include the story of a monk who fought a thousand enemies with a stick while pretending to be drunk and the cook who defended the temple gates with a poker while the other monks continued their meditations undisturbed.

The rules of non-violence were bent a little, however, as emperors and peasants sought their help in battle. Shaolin Temple's military fame began during the early Tang Dynasty (618-907), when records describe Shaolin monks saving the life of the future emperor Li Shimin (the monks were said to have gotten in and out of the fort before anyone could even raise the alarm) and assisting in his fight against renegade forces.

Once enthroned, the gratified emperor enlarged their compound and gave permission for some monks to continue their military training. Shaolin kung fu reached its peak during the Ming Dynasty (1368-1644), when several hundred Shaolin monks were given military status and weapons were added to their training. Some monks personally led campaigns against rebels and Japanese bandits. By this time, the Shaolin had developed their own unique style of martial arts, known as Shaolinquan.

The original temple survived being sacked and rebuilt many times, but the Manchus destroyed the compound in 1647 and massacred almost the entire population of monks. Shaolin was not rebuilt until around 1800.

The most recent destruction was a fire set by the warlord Shi Yousan in 1928, which destroyed the buildings and many priceless manuscripts of the temple library. At the Cultural Revolution, the temple was sacked, the monks were arrested or chased into the countryside to become peasants, and the teaching of kung fu was banned in China.

This came to an end in the 1980s when the kung fu became immensely popular both in China and abroad, partially thanks to the film Shaolin Temple. Realizing the financial value of these Chinese art, the government brought old kung fu masters out of their forced retirement and reopened Shaolin, mainly as a tourist attraction.

Kung fu remains very popular in China today and the majority of Chinese movies center on the tales of Shaolin monks. Many Chinese children want to study kung fu and come to study at Shaolin's Wushu Training Center. But few want to become monks; most dream of being movie stars.

Today, the monks at Shaolin are highly skilled fighters but not genuine monks, for the spiritual side of the traditional Shaolin way is virtually absent. In fact, the present abbot has a reputation for aggression. There are still genuine Shaolin monks in China, but they keep a low profile and are not to be found at Shaolin. Nevertheless, the ancient temple remains a center of pilgrimage for martial arts enthusiasts, a good place to get quality kung fu lessons, and a popular tourist destination.

What to See at Shaolin Temples

The present Shaolin temple complex dates mostly from after the 1928 fire. It has been gaudily repainted and filled mainly with souvenir shops, but there are still several sights of interest.

The first temple courtyard contains steles, one of which celebrates the visit of American kung-fu masters. Two of the halls in the back have original murals, in which the monks look more comic than threatening. The Qing murals in the White Robe Hall depict the Rescue of Emperor Tai Zong by Thirteen Monks, showing typical kung-fu moves. The Thousand Buddha Hall contains a Ming mural of 500 arhats.

In the Hall of Wen Shu, visitors can see deep depressions in the stone floor caused by monks standing in the same place and practising their stance kicks over and over again.

About 200m up the hill from the temple is the impressive Forest of Dagobas (or Pagoda Forest), with hundreds of stone pagoda memorials erected in honor of Shaolin monks from the 9th to 19th centuries. Uniform in appearance but with various heights up to 10m tall, each of the pagodas is inscribed with the names of a monk and his disciples. The pagodas have a practical purpose, too - students perform martial arts exercises here, one of which involves fighting while balanced halfway up the side of a pagoda.

From here, visitors can ascend the mountain by cable car or stone steps. The main attraction is the cave where Bodhidarma is said to have spent nine years motionless facing a wall in a state of Zen enlightenment. For a few yen, there is a view of it from the road through a high-powered telescope.

Below is a location map and aerial view of Shaolin Temples. Using the buttons on the left (or the wheel on your mouse), you can zoom in for a closer look, or zoom out to get your bearings. To move around, click and drag the map with your mouse.