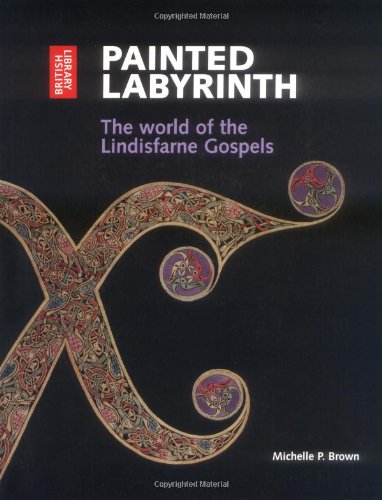 Painted Labyrinth: The World of the Lindisfarne Gospels 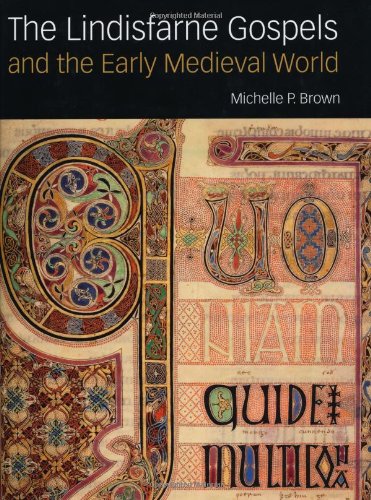 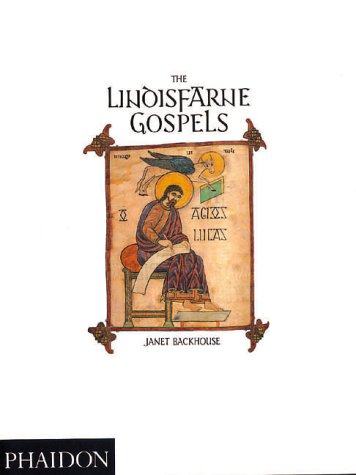 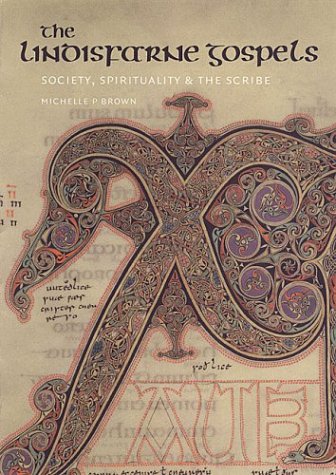 Lindisfarne, also called Holy Island, is a tidal island off the northeast coast of England. Home to a population of less than 200, Lindisfarne is connected to the mainland by a causeway that is cut off twice a day by the tides.

The monastery of Lindisfarne was founded by St. Aidan, who had been sent from Iona off the west coast of Scotland to Northumbria at the request of King Oswald around 635 AD. Monks from the community of Iona settled on the island, and it became the base for Christian missions in northern England and also sent a successful mission to Mercia. Northumberland's patron saint, St. Cuthbert, was a monk and then abbot of the Lindisfarne Monastery, and later became bishop of Lindisfarne.

Starting in the early 700s, monks of the community produced the famous illuminated manuscript known as the Lindisfarne Gospels. It began as an illustrated Latin copy of the gospels of Mark, Luke, Matthew and John, then in the 900s a monk named Eadfrith added an Anglo-Saxon (Old English) gloss to the Latin text, producing one of the earliest Old English copies of the Gospels.

The Lindisfarne Gospels are illustrated in a Celtic style and were originally covered with a fine metal case made by a hermit. This, however, was lost when Viking raids in 793 sacked the monastery, killed many of the community, and forced the monks to flee (taking with them the body of St Cuthbert, which is now buried at Durham Cathedral).

The Lindisfarne Gospels now reside in the British Library in London, to the annoyance of some Northumbrians.

The priory was re-established in Norman times as a Benedictine monastery and continued until its suppression in 1536 under Henry VIII. It is now a ruin in the care of English Heritage, who also run a visitor center nearby. The neighboring parish church is still in use.

What to See at Lindisfarne Priory

Lindisfarne was mainly a fishing community for many years, but tourism grew steadily throughout the 20th century, and is now a very popular destination. By staying on the island while the tide cuts it off (time permitting) the non-resident visitor can experience the island in a much quieter mood, as most visitors leave when the tide is rising again. It is possible, weather and tide permitting, to walk at low tide across the sands following the older crossing line known as the Pilgrims' Way and marked with posts: it also has refuge boxes for those who have left their crossing too late.

A popular delicacy on Lindisfarne crab sandwiches, which are widely available at the island's shops and cafés. The small Lindisfarne Castle, based on a Tudor fort, which was refurbished in the Arts and Crafts style by Sir Edwin Lutyens and has a garden created by Gertrude Jekyll. The castle, garden and nearby lime kilns are in the care of the National Trust and open to visitors.

Lindisfarne had a large limeburning industry and the kilns are among the most complex in Northumberland. There are still some traces of the jetties by which the coal was imported and the lime exported close by the at the foot of the crags. Lime was quarried on the island and the remains of the waggonway between the quarries and the kilns makes for a pleasant and easy walk.

Below is a location map and aerial view of Lindisfarne Priory. Using the buttons on the left (or the wheel on your mouse), you can zoom in for a closer look, or zoom out to get your bearings. To move around, click and drag the map with your mouse.