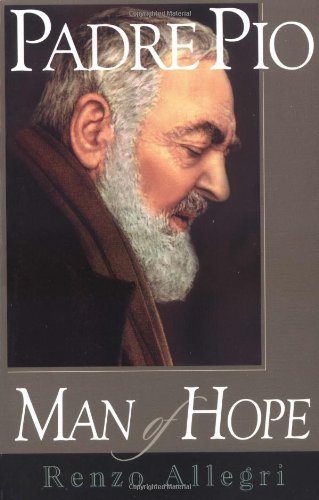 Padre Pio: A Man of Hope 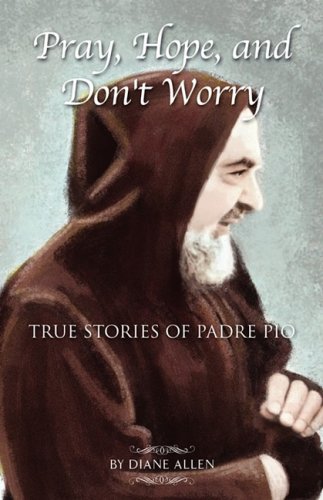 The Shrine of Padre Pio in San Giovanni Rotondo, southern Italy, is the second-most visited Catholic shrine in the world. It centers on the tomb of Saint Padre Pio of Pietrelcina, a Capuchin friar, priest and mystic known for his devotion to God, care for the sick, and supernatural gifts. He died in 1968 and was declared a saint in 2002.

History of Shrine of Padre Pio

Padre Pio was born Francesco Forgione on May 25, 1887 in Pietrelcino, Italy. Raised in a pious Catholic family, Francesco entered the friary in 1903 and one year later received the Capuchin habit, taking the name Pio. He was ordained a priest and transferred to several sites until 1916, when he arrived in San Giovanni Rotondo, where he remained for the last 52 years of his life.

Padre Pio is admired for his fervant love of Christ and the Virgin Mary and is known as the great mystic of modern times.

He is reported to have experienced a wide variety of supernatural abilities and miraculous events including: the reading of souls; prophecy; bilocation (being in two places at once); the odor of sanctity; discernment of spirits; living on very little sleep; miraculous healings; personal visits from Jesus and Mary; and daily communication with his guardian angel.

Padre Pio's most famous spiritual gift is the stigmata, which he received in 1918 while praying before a crucifix. He is said to have bled from the five wounds of Christ for the rest of his life, which caused him great suffering and embarrassment.

Because of Padre Pio's great holiness and gifts, the devil is said to have waged war on the friar throughout his life, which included physical attacks resulting in cuts, bruises and other visible marks.

Padre Pio was devoted to all those who sought his help, but he was especially devoted to the souls in purgatory. He once said, "More souls of the dead from purgatory, than of the living, climb this mountain to attend my Masses and seek my prayers."

In 1940, Padre Pio began plans to open a hospital in San Giovanni Rotondo, to be named the Casa Sollievo della Sofferenza or Home for the Relief of Suffering. The hospital opened in 1956, and is considered one of the most efficient hospitals in Europe.

In 1956, construction began on a new church of Santa Maria delle Grazie to accommodate the many pilgrims who came to visit Padre Pio. Designed by Giuseppe Gentile Boiano, the church was consecrated by the Bishop of Foggia in 1959. This church remains the central focus of the sanctuary today.

In 1962, Bishop Karol Wojtyła, later Pope John Paul II, wrote to Padre Pio to ask him to pray to God for Dr. Wanda Poltawska, a friend in Poland who was suffering from cancer. Later, Dr. Poltawska's cancer was found to have regressed; medical professionals were unable to offer an explanation for the regression. It is also rumored that during this time that Padre Pio had predicted Wojtyła would become Pope.

The priest died on September 23, 1968, clutching his rosary and uttering the words, "Jesus, Mary." In death, his feet and hands showed no signs of the wounds of the stigmata: some saw this as evidence of fraud; others held it to be another miracle.

On May 2, 1999, Pope John Paul II declared Padre Pio "Blessed" and he was canonized a saint on June 16, 2002. Half a million people attended the declaration assembly.

The shrine of Padre Pio receives 7 million pilgrims each year and is second only to Our Lady of Guadalupe in Mexico City in popularity. In response to this, the large and ultramodern Padre Pio Pilgrimage Church was dedicated in 2004 by Pope John Paul II. As of the year 2000, there were more than 50 new hotels in San Giovanni Rotondo to accommodate the increasing throngs of visitors.

On April 24, 2008, the body of Padre Pio was put on display in the crypt near his usual tomb, to mark the 40th anniversary of his death. The body was found partially decomposed upon exhumation, but the archbishop in charge (Domenico D'Ambrosio) described it as being in "surprisingly good condition.... We could clearly make out the beard. The top part of the skull is partly skeletal but the chin is perfect and the rest of the body is well preserved. The knees, hands and nails all clearly visible." There were no signs of the stigmata.

After the exhumation, the body of Padre Pio was repaired and preserved for display. His face, which has a very peaceful expression, is coated with a silicon mask and the top of the skull is covered by his monastic hood. The body will be on display indefinitely; hundreds of thousands of pilgrims have already come to see it.

What to See at Shrine of Padre Pio

The city of San Giovanni Rotondo takes its name from the Rotonda di San Giovanni, an old building on the edge of the old town.

But the city today is best known for the Shrine of Padre Pio, which centers on his tomb inside the Church of Our Lady of Grace (Santa Maria delle Grazie). Here you can also see his cell, his confessional, the crucifix from which he received the stigmata, and nearly everything he owned or touched, carefully preserved and labeled.

Santa Maria delle Grazie (Our Lady of Grace) is a new church built during Padre Pio's lifetime (1956-59) to accommodate the many pilgrims and worshippers attracted to San Giovanni Rotondo. The east wall bears a splendid mosaic

Behind Santa Maria delle Grazie is the Padre Pio Pilgrimage Church, completed in 2004 and considered a notable example of modern architecture. Designed by the Genoan architect Renzo Piano, it can accommodate 6,500 people seated at worship and 30,000 people standing outside.

The shrine also includes a modern Way of the Cross (Via Crucis) on the forested hillside above Santa Maria delle Grazie. The Via Crucis monumentale was begun in 1968 (one day before Padre Pio's death) and completed in 1981. Made of granite with bronze and marble sculptures, it was designed by Sicilian sculptor Francesco Messina.

San Giovanni Rotondo is located on the Gargano Promontory in Puglia, 180 miles east of Rome and 120 miles north of Naples.

By train: The nearest train station is at Foggia, which has daily connections with Rome. During the daytime, a bus runs from Foggia station to San Giovanni Rotondo, which takes one hour.

By bus: There is express bus service from Rome Tiburtina to San Giovanni Rotondo, departing at 6:15am and arriving at 11:20am.

Below is a location map and aerial view of Shrine of Padre Pio. Using the buttons on the left (or the wheel on your mouse), you can zoom in for a closer look, or zoom out to get your bearings. To move around, click and drag the map with your mouse.