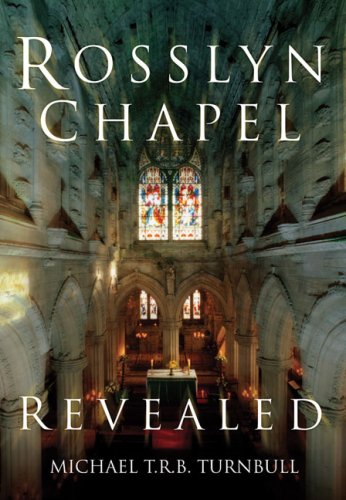 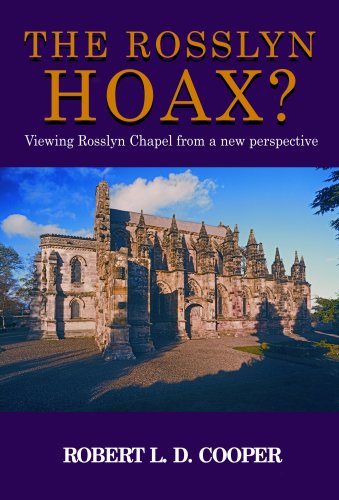 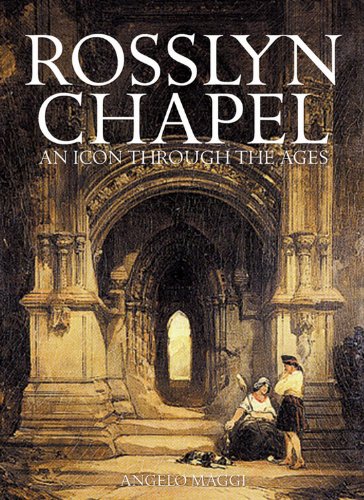 Rosslyn Chapel: An Icon Through the Ages 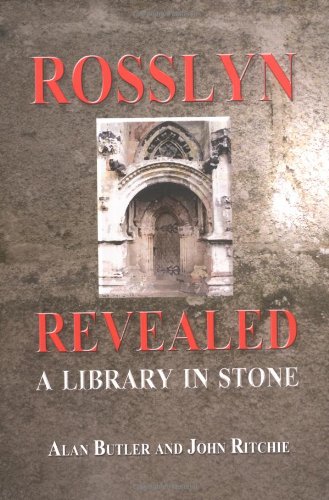 Rosslyn Revealed: A Library in Stone 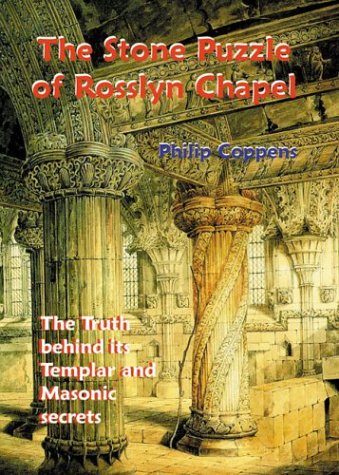 Stone Puzzle of Rosslyn Chapel: The Truth Behind its Templar...

Rosslyn Chapel, originally named the Collegiate Chapel of St. Matthew, is a 15th-century church in the village of Roslin, seven miles from Edinburgh in Scotland. The chapel is famous both for its decorative art and its mysterious associations with the Knights Templar, the Holy Grail, and the Freemasons.

Rosslyn Chapel's mysteries played a significant role in Dan Brown's 2003 novel The Da Vinci Code. Since that time, the number of visitors to Rosslyn Chapel has risen by 56 percent and the chapel is now one of the most popular tourist destinations in Scotland. Part of the filming of the Da Vinci Code movie based on the book took place at Rosslyn Chapel in August 2005.

Rosslyn Chapel was intended to be one of more than 37 collegiate churches that were built in Scotland between the reigns of King James I and James IV (1406-1513). The chapel is actually the choir of what was intended to be a much larger cross-shaped church.

The chapel was founded by Sir William Sinclair of the St. Clair family, a Scottish noble family from Orkney descended from Norman knights and, according to legend, linked to the Knights Templar. The foundation stone of Rosslyn Chapel was laid on St. Matthew's Day, September 21, 1446.

After Sir William died in 1484, the larger building he had planned was never completed. Rosslyn Chapel's founder is buried in the chapel's foundation. Today, Rosslyn Chapel still functions as a place of worship for the Scottish Episcopal Church.

What to See at Rosslyn Chapel

Rosslyn Chapel is relatively small, at 40' 8" high, 34' 8" wide, and 68' long. It has an asymmetrical shape, owing probably to its intended further construction.

Seashells are found next to a carving of Sir William, which are the symbol of St. James. Together with the stars on the ceiling, they may represent Santiago de Compostela ("St. James of the Field of Stars").

Throughout the Rosslyn Chapel are many fleur-de-lis designs. This may suggest the work of artists from France, but the fleur-de-lis is also associated with the Virgin Mary as well as with royalty.

On the three pillars standing between the east aisle and the east chapel is a choir of 13 angels with musical instruments, representing the host of God. On the ribs of the intersections on the north and south sides are representations of various occupations in life, referred to as the "Dance of Death."

Carvings on other pillars include Issac on the altar with the ram, Abraham looking towards his son, Samson destroying the Philistines, David killing the lion, the Prodigal son, the Crucifixion, and scenes from the history of the Roslin Family. Also of interest are the masons' marks on the individual stones, the use of which was rare at the time of building.

Rosslyn Chapel is the home of the famous Apprentice Pillar, a decorated pillar that gets its name from a legend involving the mason in charge of the stonework in the chapel and his young apprentice.

According to the legend, the master mason felt he needed to see the original inspiration for the design, located in Rome, before he could perform the complicated task of carving the column. But upon his return, he found that his upstart apprentice had completed the column. In a fit of jealous rage, the mason struck the apprentice on the head and killed him. The head of the unlucky apprentice is depicted in a corner opposite the organ loft, complete with a scar on his left temple.

The base of the Apprentice Pillar depicts eight dragons, from whose mouths emerge the vine that winds itself around the pillar. In Christian mythology, this represents the Tree of Life, but it probably was inspired by Norse mythology (perhaps due to Rosslyn Chapel's founder's connection with Orkney). The Norse Tree of Knowledge, Yggdrasil, holds up the heavens from the earth and the dragons of time gnaw at the roots of the Tree.

Near the Apprentice Pillar is a Latin inscription that reads, "Wine is strong, a king is stronger, women are stronger still, but truth conquers all." The text comes from the apocryphal book of Esdras.

There is a shop and small café on site.

In The Da Vinci Code

Adorned with mysterious figures, the chapel has long been the subject speculation regarding its possible connection to Freemasonry,the Knights Templar,and the Holy Grail. Some carvings even seem to depict American plants such as maize and aloe vera, carved fifty years before Columbus's voyages, while others have thus far defied interpretation.

The mysteries of Rosslyn Chapel were brought to the attention of a much wider audience by Dan Brown's bestselling novel The Da Vinci Code. On Brown's official website, under "Bizarre True Facts from The Da Vinci Code," is the following statement:

After The Da Vinci Code was published in 2003, the number of visitors to Rosslyn Chapel rose by 56%. In 2004, almost 70,000 visited the building, making it one of Scotland's most popular tourist attractions.

Recently, researchers and Grail enthusiasts have been probing into the historical Rosslyn Chapel to determine once and for all if this is truly the house of the Cup of Christ. Researchers, using the latest scanning, MRI, and Ultrasonic technologies, plan to view under the ground to attempt to locate the "secret vaults" present inside.

Below is a location map and aerial view of Rosslyn Chapel. Using the buttons on the left (or the wheel on your mouse), you can zoom in for a closer look, or zoom out to get your bearings. To move around, click and drag the map with your mouse.