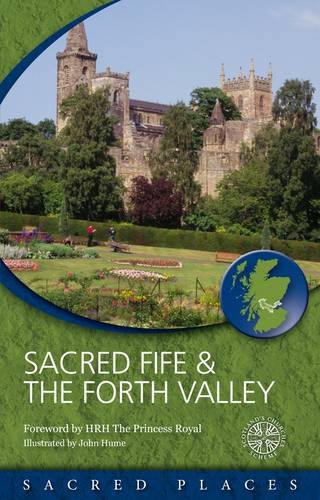 Once the largest and most important church in Scotland, St Andrew's Cathedral (1160-1318) now lies in picturesque ruins overlooking the North Sea in St Andrews. In addition to the Norman and Gothic ruins of the medieval cathedral, the site includes St Rule's Tower and a museum containing an important Pictish sarcophagus.

The Christian faith is said to have arrived in St Andrews in the 6th century with a Celtic monastic community founded by St. Kenneth. At this time, the site was known as Mucross ("Headland of the Wild Boar") and then as Kilrymont ("Cell of the King’s Mount").

In the 8th century, the king of the Picts founded a church dedicated to St. Andrew on this windswept coastal site. Andrew, a fisherman and brother of St. Peter, was adopted as the patron saint of the Picts and later of Scotland; the saltire (X-shaped) cross that adorns the modern Scottish flag is his symbol.

After relics of St. Andrew were brought to the church in the 8th century, streams of pilgrims came to visit and the city became known as St Andrews. Around 908, the bishop of the Scots transferred his seat from Dunkeld to St Andrews, giving even more importance to the town.

During this early period, the site was inhabited and administered by the Culdees, a Celtic monastic order. But this was supplanted by the continental Augustinian order in 1127, when Bishop Robert (prior of an Augustian community at Scone) founded a new cathedral and priory at St Andrews. Built in the Norman style, these first cathedral buildings were completed in 1144. St. Rule's Tower survives from this period.

A new, larger cathedral was begun in 1160 by Bishop Arnold, the same year King Malcolm IV granted St Andrews the status of royal burgh. Work on the cathedral was interrupted by a storm in 1272, which blew down the west front, then by the first War of Independence against England (1296–1307). It was finally consecrated in 1318 in the presence of King Robert I.

By the early 12th century the bishopric of St Andrews had been regarded as the most important in the Scottish kingdom. This high regard was made official in 1472, when St Andrews' status was raised to an archbishopric, making the Bishop of St Andrews the spiritual leader of Scotland. But the fate of St Andrew's Cathedral was soon to take an unexperted turn, thanks to the rising tide of the Scottish Reformation.

Inspired by a fiery sermon preached by John Knox in the parish church, the people of St Andrews attacked and "cleansed" St Andrew's Cathedral of idolatry in 1559. Abandoned in 1561 in favor of the city's parish church, the cathedral gradually fell into ruin.

What to See at St Andrew's Cathedral

The ruins of St Andrew's Cathedral spread across a grassy plateau overlooking the North Sea on the east side of town. Built over a long period (1160-1318) and therefore incorporating both Norman and early Gothic styles, St Andrews Cathedral was at the time the largest church in Scotland, with an internal length of 357 feet (109m).

Today, the cathedral has mostly been reduced to its foundations due to post-Reformation neglect and looting. But still standing are the east facade (with twin spires, enclosing the presbytery where the relics of St. Andrew were kept), the west facade with its round portal, part of the south wall of the nave, and nearly the entire length of the priory precinct wall.

South of the cathedral is the cloister, with a ruined chapter house and intact undercroft. The latter now houses the Cathedral Museum, which displays a fascinating collection of artifacts from St Andrews Cathedral and the monastery that surrounded it, including the celebrated St Andrews Sarcophagus of c.800 AD.

The St. Andrews Sarcophagus is an important example of late Pictish sculpture and a beautiful work of art. Carved around 800 AD, the side panels of the tomb depict scenes in high relief from the Old Testament story of David, interspersed with exotic and mythological animals.

On the right side, a very large David rends the jaws of the lion, his head flanked by a charming sheep and seated monkey. In the center David confronts another lion, this time on horseback and armed with a sword; the falcon perched on his left arm denotes his royal status. On the bottom, a griffin bites the neck of a mule and David, armed with spear and shield, follows various animals. The end pieces are carved with pairs of monkeys.

Other exhibits include carved cross-slabs and the shafts of crosses that graced the monastery grounds in the early Christian and medieval periods.

Built around 1130, the Church of St. Rule has a tall (33m) square tower built to house the relics of St. Andrew. Its narrow spiral staircase can be climbed for fine views of the cathedral grounds and town. The 12th-century arch on the west side of the tower led to a nave of the same date, which no longer stands. The east wall also has a round-headed arch.

Outside the cathedral precinct wall on a ledge by the sea are the foundations of the church of St Mary on the Rock (St Mary Kirkheugh), probably marking the site of the first church founded at St Andrews.

Below is a location map and aerial view of St Andrew's Cathedral. Using the buttons on the left (or the wheel on your mouse), you can zoom in for a closer look, or zoom out to get your bearings. To move around, click and drag the map with your mouse.