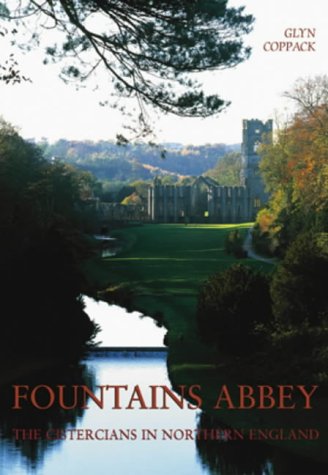 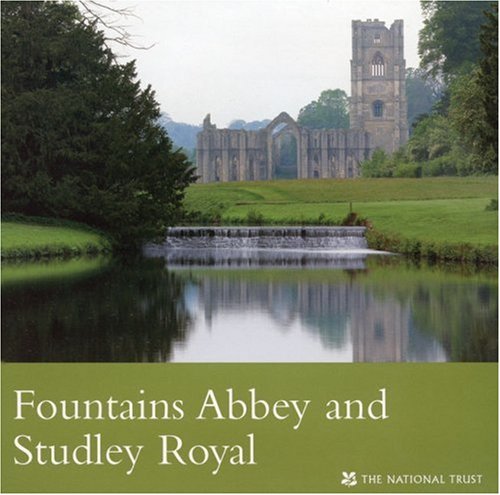 Fountains Abbey, in North Yorkshire, was founded by Cistercian monks in 1132 and is the largest monastic ruin in Britain. In 1987, it was awarded World Heritage status. With all many interesting things to see in a beautiful natural setting, Fountains Abbey can make for a very pleasant few hours of wandering.

A dispute at the Benedictine St. Mary's Abbey in York led to the founding of Fountains Abbey in 1132. A group of 13 reform-minded monks were exiled and taken into the protection of Thurstan, Archbishop of York. The archbishop provided the nuisance monks with a site in the valley of the little River Skell in North Yorkshire, described as "more fit for wild beasts than men to inhabit."

Three years later, the exiled monks joined the Cistercian order, which perfectly suited their desire for austerity and self-denial. Under the Cistercian rules they worked hard, lived mainly in silence, followed a diet barely above subsistence level, and wore the regulation habit of coarse undyed wool.

One of the most important developments at Fountains Abbey was the introduction of the Cistercian system of lay brothers. They were usually illiterate and relieved the monks from routine jobs. Many served as masons, tanners, shoemakers and smiths, but their chief role was to look after the abbey's vast flocks of sheep, which lived on the huge estate stretching west and north from Fountains.

The work and encouragement of the lay brothers led to the great wealth and economic importance of Fountains Abbey. In an ironic development that would make the founding monks roll over in their grave, by the middle of the 13th century the abbey was one of England's richest religious houses. The lay brothers encouraged the monks to extend their estates beyond what was necessary for monastic self-sufficiency, and the work of the monastic estate included not only farming, but mining lead, working iron, quarrying stones and breeding horses.

The 14th century saw economic collapse due to the combined effects of bad harvests, Scots raids, the Black Death and financial mismanagement. The community of lay brothers reduced in size, many of the monastic granges were leased out to tenant farmers, and in the late 15th century dairy farming replaced sheep farming.

But despite its financial problems, Fountains Abbey remained of considerable importance in the Cistercian Order. The abbots sat in Parliament and the abbacy of Marmaduke Huby (1495-1526) marked a period of revival. Fountains once again flourished, but its life was brought to an abrupt end in 1539 by Henry VIII's Dissolution of the Monasteries.

For a few months after the Dissolution, the abbey buildings stood empty in the hope of being the site for the cathedral for a new Dales bishopric. This was not to be, and by 1540 glass and lead from the dismantling of Fountains had found their way to Ripon and York.

Fountains Abbey and over 500 acres of land were sold by Henry VIII to Sir Richard Gresham, a merchant. The property was passed down through several generations of Sir Richard's family, finally being sold to Stephen Proctor who built Fountains Hall, an Elizabethan mansion built partly with stone from the abbey ruins, between 1598 and 1604. In 1767 it was sold for £18,000 to William Aislabie, who landscaped the abbey ruins to make a picturesque view from the Water Garden.

What to See at Fountains Abbey

Visitors approach Fountains Abbey from the west, which provides a fine vista across the Abbey Green to the abbey church and west range. The small River Skell runs picturesquely along the right side of the site; it provided an important water source to the abbey. A variety of monastery buildings cluster around the south side of the church. Behind the abbey to the east lie the extensive grounds of Studley Royal Park.

Construction on the abbey church began in 1135. Now carpeted with grass and open to the sky, this ruined medieval church is among the most atmospheric sights in England. The oldest part is everything west of the transept, including the long nave with large cylindrical pillars and round Romanesque arches. The west front has a small central portal topped by a large window.

In the early 13th century, the original chevet (east end) was replaced with a five-bay choir and another transept dubbed the Chapel of the Nine Altars. In 1483, the three openings in the east wall were replaced with the single large window seen today.

The large tower attached to the north transept dates from the abbacy of Marmaduke Huby (1494-1526). It has four stories and rises 50 meters high. It is an incongruous addition to the abbey, as original Cistercian principles forbade such ostentatious towers.

An added bonus to the interesting ruins of Fountains Abbey is the adjacent 18th-century landscape garden of Studley Royal, one of the few surviving examples. Its spacious man-made landscape incorporates several ponds, ornamental monuments, follies, and carefully designed vistas.

Below is a location map and aerial view of Fountains Abbey. Using the buttons on the left (or the wheel on your mouse), you can zoom in for a closer look, or zoom out to get your bearings. To move around, click and drag the map with your mouse.