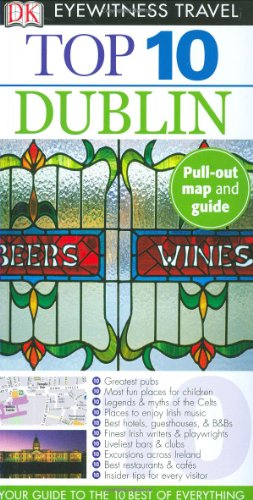 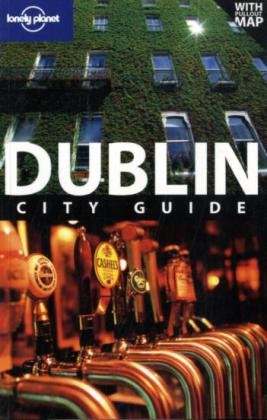 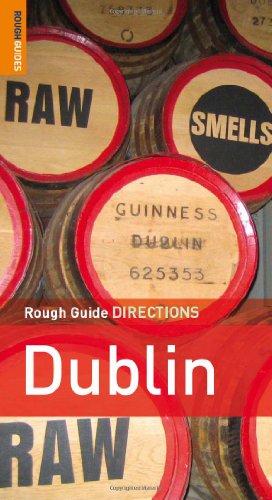 The following text is excerpted from the "St. Audoen's Church Visitors' Guide," © OPW, the Office of Public Works. Numbers in the text refer to locations on the floor plan from the same source. Photos are © Sacred Destinations.

St. Audoen's has the distinction of being the only medieval parish church, retaining any original features, still in use within the city of Dublin. Situated on the north side of High Street, the principal street of medieval Dublin, the church is dedicated to St. Audoen or, in the French version, Ouen, the 7th-century bishop of Rouen and patron saint of Normandy.

On his death on 24th August 684, Ouen was buried in Rouen, and a great church was built on the site in the succeeding centuries. The Dublin church of St. Audoen's was built between 1181-1212 while John Comyn was the first Norman Archbishop of Dublin. However, a 9th-century grave slab, now housed in the church porch, suggests that there may have been an even older church structure on the site.

St. Audoen's, located in the commercial and industrial heart of medieval Dublin, was to become an institution very much in the mainstream of the civil and ecclesiastical life of the city. Early recognition of its status came in 1218 when Henry de Londres, Archbishop of Dublin, conferred responsibility for St. Audoen's on the treasurer of the newly-established cathedral of St. Patrick, an association between parish and cathedral which continues to this day.

By the 14th century the parish of St. Audoen's had become established as a settled and prosperous entity and the church was extended in the 15th century.

In the medieval church, private piety and the desire to ensure the safe arrival of the soul in Heaven after death led to the foundation of chantries (endowments for the maintenance of priests) and the endowment of altars. Against this background, the Guild of St. Anne was established in 1430 in St. Audoen's.

One of the leading politicians of the time, Sir Roland FitzEustace, Lord Portlester, also founded a private chapel in St. Audoen's dedicated to the Blessed Virgin Mary. A cenotaph, erected in 1482 by Sir Roland commemorating both himself and his wife Margaret, shows their recumbent effigies. The Portlester Tomb, now housed in the tower, would have been a focal point of his chapel.

In 1773, because of the declining congregation, the decision was made to remove the roof from the complete eastern end of the church. Fifty years later, the roof of St. Anne's Chapel was also removed. In the mid-19th century, the church was further restricted in size when the present east wall and window were built; the parishioners gaining access through the tower.

The roofless section of the building was later vested in the State to be protected as a National Monument, now under the care of Heritage Services, OPW. Following a programme of restoration work, St. Anne's Chapel was re-roofed and now houses an exhibition on St. Audoen's.

What to See at St. Audoen's Church

In plan, St. Audoen's is a roughly rectangular building with long twin aisles. Archaeological evidence and architectural detail suggest that the needs of a growing parish resulted in the change from a small single-cell structre, the common accepted prototype of a medieval parish church, to the large church of the 15th century.

Features along the south wall of St. Anne's Chapel bear witness to some of these building developments. A small piscina (1) for washing sacred vessels and a blocked-up round-arched window offer clues to the structure of the early parish church.

The small pointed arched doorway framed in cut sandstone (2) led across a narrow cobbled lane, revealed during the excavation, to a stone building, possibly the priest's house. This must have abutted the church at first floor level. The "squint" windows high up on the south wall would have provided a view from the house to the altar at the east end of the church.

In the large pointed-arch recess (3) there was a 15th-century wall painting, now no longer visible, possibly of the Holy Trinity and St. Anne. The recess was later converted into a sedilia (seats for the celebrants of High Mass). A second piscina was inserted nearby.

A large open archway originally gave access to the tower at the western end of St. Anne's Chapel. Six bells are currently housed in the bell loft, three of which were cast in the early 15th century, probably for the newly constructed tower. The tower was heavily restored in the 17th and the early 19th centuries.

With extra light needed as the church building was extended in the 15th century, stones from an earlier window were reused in the large four-light sandstone window which has now been reconstructed in its original position.

Opposite the entrance to St. Anne's Chapel, the remains of a cobbled lane (5) were revealed during archaeological excavation. This ran from the direction of High Street downhill towards St. Audoen's Arch, a 13th-century gateway in the City Walls.

West of this lane, the foundations of possible the narrower chancel end of an earlier church were revealed. Sometime in the 13th century this had been demolished and a new gable wall built further to the east. The old foundations were used to support the most easterly of the eight-roll cluster columns. These columns form the now bricked-up four-bay arcade (6) between St. Anne's Chapel and the present parish church in the north aisle. This arcade with its moulded pointed arches can best be seen from inside the parish church.

Later, the church was further extended eastwards, this time crossing the cobbled lane, which was re-routed around the western end of the church, the course it takes today. With this extension, a fifth bay was added to the arcade, using granite and sandstone in its construction.

The eastern end of the church, now roofless, appears to be a mid-15th-century extension of the north and south aisles. This is not in the direct east-west line of the earlier church building, but turns slightly north-east. This was dictated by surrounding property boundaries, which were revealed in the archaeological excavation. Four limestone octagonal columns create a three-bay arcade (7) between these newer aisles.

The extension of the south aisle, known as the Portlester Chapel, was well lit by four window openings with limestone tracery along the south wall and three further windows in the east wall, all probably 16th-century insertions. A small sandstone doorway (8) was also inserted into the north wall, giving access to St. Audoen's College.

The windows in the north wall may have been inserted as late as the 18th century. Although the east gable window opening has lost most of its tracery, some fragments of granite survive at the window base. There is a small ambry (9), or cupboard where the sacred vessels were stored on the return of the south arcade.

The present Church of Ireland parish church is in the western end of the north aisle and, up until the recent restoration work, this was the only roofed portion of the building. The west doorway from the porch (10) to the nave is deeply moulded in the Romanesque style of the late 12th century and is the earliest architectural detail in St. Audoen's.

A fine late-Romanesque font (11) with a cushion-shaped bowl and scalloped ornament stands inside the doorway. The window openings in the north wall are part of the 19th-century restoration but an earlier window with granite tracery can still be seen in the exterior of the wall.

Many members of Dublin's leading municipal families of the 16th, 17th and 18th centuries were buried in St. Audoen's and some of their memorial monuments, both elaborate and modest, still survive. The recently restored 17th-century wall monuments of the Sparke and Duff families on the north wall are splendid examples of what the lost monuments probably were like.

Below is a location map and aerial view of St. Audoen's Church. Using the buttons on the left (or the wheel on your mouse), you can zoom in for a closer look, or zoom out to get your bearings. To move around, click and drag the map with your mouse.