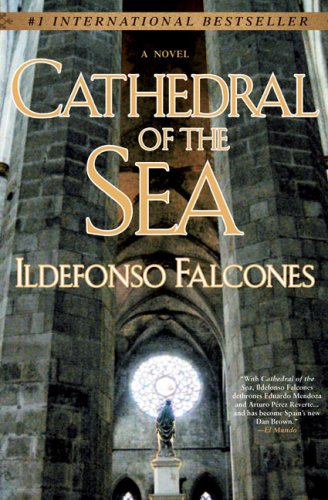 Cathedral of the Sea

Santa Maria del Mar is a beautiful and important 14th-century church in Barcelona. It is considered the finest and most complete example of Catalan Gothic architecture anywhere.

This site was originally occupied by a Roman necropolis (cemetery) that was in use from the 4th to 6th centuries. This was discovered during excavations under the church in the 1960s.

Designed by Berenguer de Montagut and begun in 1324, Santa Maria del Mar ("St. Mary of the Sea") was completed 55 years later. Its name derives from its representation of maritime success, its location on the seashore, and its use by the merchants and sailors of medieval Barcelona.

What to See at Santa Maria del Mar

The church is a splendid example of Catalan-Gothic architecture, with octagonal towers with flat tops, large bare surfaces, an exceptionally tall interior, rib vaults and soaring vertical lines. The tall columns were a major influence on Gaudi's design of La Sagrada Familia.

Workers carrying stones on their backs are represented on the main doors of the church, in commemoration of the guild members who personally helped to transport the heavy stone from the quarry to their new church.

The interior was burned out by locals in 1936 during the Spanish Civil War, after the Church sided with Franco against the people. Smoke still blackens parts of the vault, but the resulting lack of furnishings only enhances the architecture's simple beauty.

Below is a location map and aerial view of Santa Maria del Mar. Using the buttons on the left (or the wheel on your mouse), you can zoom in for a closer look, or zoom out to get your bearings. To move around, click and drag the map with your mouse.