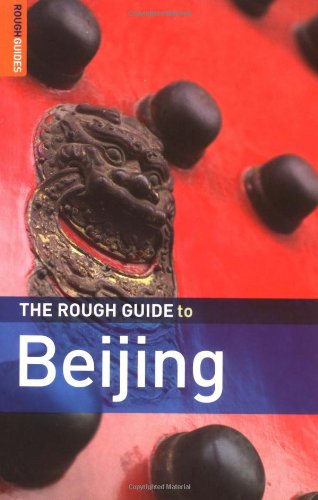 The Temple of Heaven, or more literally the Altar of Heaven (天坛; Tiān Tán) is a temple of Chinese religion used for imperial ceremonies for five centuries. Its buildings are situated in their own large and tranquil park in southeast Beijing.

History of the Temple of Heaven

Construction of the Temple of Heaven began during the reign of Emperor Yongle was completed in 1420. It was used by all subsequent Emperors of the Ming and Qing Dynasties.

In imperial China, the emperor was regarded as the Son of Heaven, the intermediary between Earth and Heaven. To be seen to be showing respect to the source of his authority, in the form of sacrifices to heaven, was extremely important. The Temple of Heaven was built for these ceremonies.

The most important ceremony of the year took place on the winter solstice, when the emperor prayed for good harvests. After three days of fasting, the emperor and his entourage, wearing splendid robes, would make their way to the park on the day before the solstice. It was forbidden for the commoners to catch a glimpse of the great annual procession; they had to bolt their windows and remain in silence indoors throughout the event.

Upon arrival at Tian Tan, the emperor meditated in the Imperial Vault, ritually conversing with the gods on the details of government. He then spent the night in the Hall of Prayer for Good Harvests.

The next day, the winter solstice, he performed animal sacrifices before the Throne of Heaven at the Round Altar. The rituals were planned to the smallest detail according to numerological theories. The ceremony had to be perfectly completed, for the smallest of mistakes would constitute a bad omen for the whole nation in the coming year.

Speaking of bad omens, the Hall of Prayer was destroyed by a lightning strike in 1889. The official explanation for this appalling event was that is was divine punishment meted out on a caterpillar that was about to crawl onto the golden ball of the hall's roof. For allowing this to happen, 32 court dignitaries were executed. The hall was then faithfully rebuilt according to the original Ming design.

The temple complex remained forbidden to all but the emperor and his retinue until the gates were thrown open to the people on the first Chinese National Day of the Republic in October 1912. On December 23, 1914, General Yuan Shikai performed the ancient ceremonies himself, as part of his attempt to be proclaimed emperor. He died before the end of the year.

That was the last time Tian Tan was used for ritual ceremonies. It has since been a museum open to the public. The site was registered on UNESCO's World Heritage List in 1998.

What to See at the Temple of Heaven

Temple of Heaven Park covers an expansive 2.73 km² (270 acres). The entire site is filled with symbolism, centered on the main idea that Earth is square and Heaven is round. The temples and altars are round (with blue tiles further representing Heaven) and stand on square bases. The whole park has the shape of a square surmounted by a semicircle in the north.

The park contains three main groups of buildings, all constructed according to strict feng shui requirements: the Earthly Mount, the House of Heavenly Lord, and the Hall of Prayer for Good Harvests. Although most visitors approach the park from the north or west, the ceremonial route begins in the south.

The central pathway leads straight to the Round Altar (or Earthly Mount; 圜丘坛), a platform of three marble tiers representing Man, Earth and Heaven. Each tier is made of blocks in various multiples of nine, which was seen as the most powerful odd number, symbolizing both Heaven and Emperor.

The platform is now bare, but in imperial times the Throne of Heaven was placed at the very center. This was considered to be the middle of the Middle Kingdom and the very center of the earth. To the east are ruins of a group of buildings used for the preparation of sacrifices.

The path continues to the House of Heavenly Lord (or Imperial Vault of Heaven, 皇穹宇), a round building made entirely of wood and topped with a splendid roof of dark blue glazed tiles. It is built on a single level of marble stone base, where the altars were housed when not in use.

The House of Heavenly Lord is preceded by a curved wall, 6m tall. It is known as the Echo Wall for its unique acoustics that allow a person at one end of the wall to hear the voice of a person at the other end of the wall. However, the unceasing noise of everyone trying it out make it impossible to tell.

At the north end of the park is the main temple building, the Hall of Prayer for Good Harvests (祈年殿). This magnificent round building is made entirely of wood without the use of a single nail. It stands on a three-tiered square marble base and has three blue-tiled roofs of harmonious proportions. The interior is painting in dazzling colors.

Quick Facts on the Temple of Heaven

Map of the Temple of Heaven, Beijing

Below is a location map and aerial view of the Temple of Heaven. Using the buttons on the left (or the wheel on your mouse), you can zoom in for a closer look, or zoom out to get your bearings. To move around, click and drag the map with your mouse.