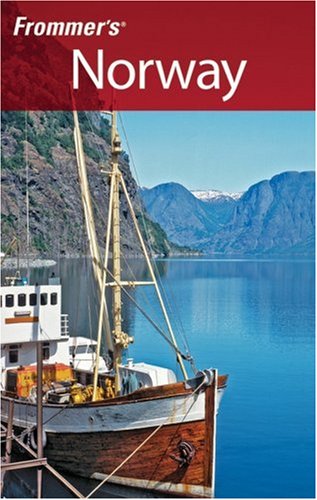 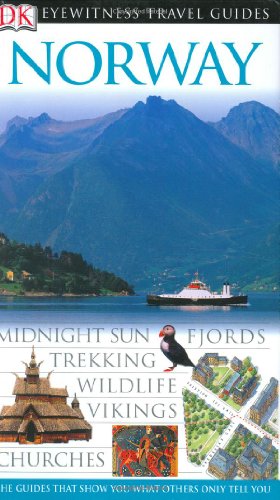 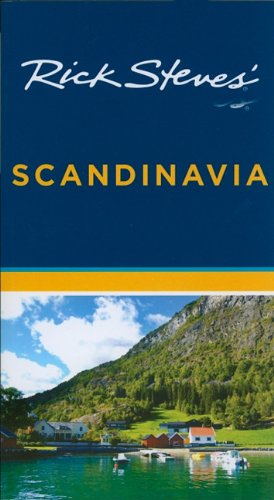 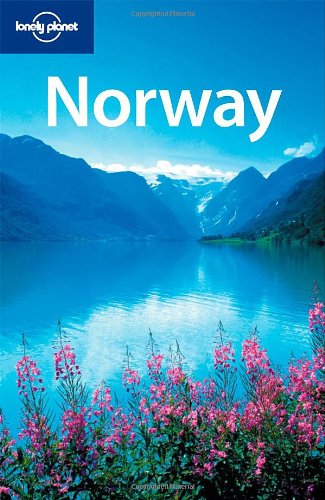 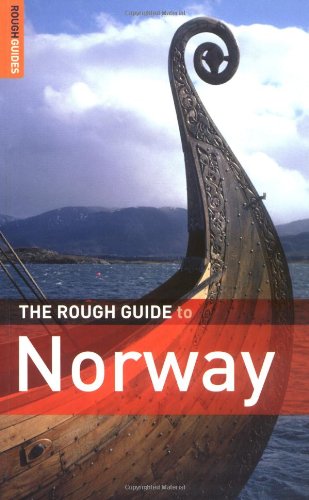 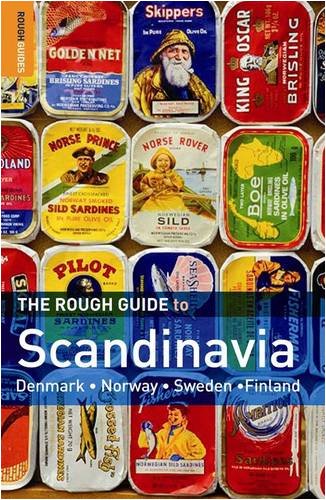 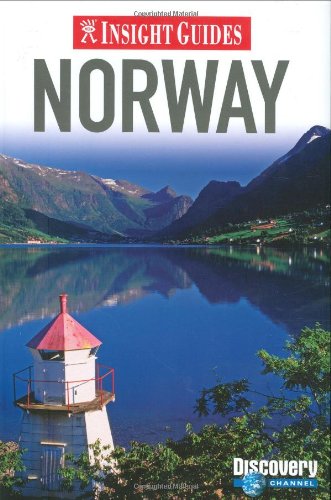 Nidaros Cathedral in Trondheim is the largest medieval building in Scandinavia and the most important church in Norway. Since its foundation in 1066 it has been an important pilgrimage destination, thanks to its relics of St. Olav, a Norwegian king and national hero.

The history of Nidaros Cathedral begins with a Viking chieftain who went on to become a king and finally a saint. His name was Olav Haraldsson and he was born in 995. He led the traditional Viking life of invading and raiding until, while serving as a mercenary under the Duke of Normandy and King Ethelred of England, he was converted to Christianity. In 1015, he returned to Norway, defeated his enemies, and became king.

Christian missionaries had already arrived in Normandy in the 10th century, but King Olav accelerated the process of the country's conversion. However, he was very aggressive in promoting his new religion and it wasn't long before this combined with bribes from his chief rival (Knut of England and Denmark) to lose Olav most of his supporters.

In 1028, King Olav was deposed and forced into exile. Within two years, he raised an army and returned to take back the throne, but he was killed in battle near Trondheim on July 29, 1030.

Olav was treated significantly better in death than he was in life. As luck would have it, the new Christian community in the area needed a saint. Olav's supporters seized his body from the battlefield and buried it on the banks of the River Nid, where miracles were soon reported. At the same time, his legend was cultivated as a national hero who had fought off the "foreigner" Knut and was martyred in the process.

As Olav's popularity grew, a bishop was called in to investigate the reports of miracles. Going straight to the source, the bishop exhumed Olav's body, found it miraculously incorrupt, and declared him a saint. It had been one year and five days since his death. St. Olav's remains were placed in a silver casket and a small wooden chapel was built over his grave.

Around 1066 (the year the Normans conquered England), King Olav the Gentle, the saint's nephew, began construction on a great church worthy to shelter St. Olav's body. The original basilica, dedicated to the Holy Trinity and known as Christchurch, was completed by about 1090. The Church of St. Olav attracted swarms of medieval pilgrims and it soon had to be expanded and embellished to accommodate them.

In 1152, Nidaros became an archbishopric and its pilgrimage church became a cathedral. The first archbishop initiated construction on a much larger building, which was designed in the Anglo-Norman Romanesque style and employed English masons. The transept, chapter house and part of the nave had been completed by 1180, when the archbishop was forced into exile and construction came to a halt.

The archbishop spent his three years in exile in England, where he learned about the latest styles and innovations in cathedral architecture. Upon his return in 1183, he implemented the Early Gothic style on a new octagonal presbytery above St. Olav's shrine. This time the workers came from western France - but that was under control of England at the time. The octagon was completed around 1210-20.

From about 1220 to the 1240s, construction work concentrated on replacing the old Romanesque choir with a new Gothic version. The result was a grand cathedral that was the largest building in all of Norway. But it was about to become even larger.

At that time, the cathedral ended where the transept is today - the present crossing tower was then the west tower. In 1248, Archbishop Sigurd laid the foundation stone for a new nave extension to the west. It would be twice as long as the choir, terminating in a wide west facade. This final phase of construction was completed by about 1300. As in the rest of the cathedral, English influences are evident.

The cathedral has suffered a number of misfortunes in the centuries since its construction, including the ravages of the Reformation, war (St Olav's silver casket was taken to Denmark in 1537 and melted down into coins), and devastating fires (1328, 1432, 1451, 1531, 1708, and 1719). The nave was left in ruins after the fire of 1531, but was finally rebuilt, with painstaking attention to accuracy, beginning in 1869. Rebuilding work lasted until 1969 and the last statue was put in place on the west facade in 1983.

Because St. Olav was a king and national hero, Nidaros Cathedral became the traditional coronation and burial place of Norwegian royalty. It still is today, although coronations were abolished in 1908. Today, Nidaros Cathedral is a parish church of the Lutheran Church of Norway and attracts around 400,000 tourists each year. In medieval times, the city of Trondheim was known as Nidaros; the church still retains the old name.

What to See at Nidaros Cathedral

Nidaros cathedral is a fascinating combination of medieval architectural styles. Its foundations are those of a simple 11th-century basilica, but it was significantly enlarged to a grand pilgrimage church in the early 12th century. The Romanesque transept, probably built by stonemasons from Lincoln, survives from this period.

The Gothic west front is an impressive wall of sculpture-filled niches, with twin towers and a central rose window. The overall effect is similar to the contemporary English cathedrals of Exeter, Wells, and Salisbury, while the sculptures show a French influence, especially when compared to those of Reims Cathedral. The sculptures, most of which are replacements made in the early 1900s, depict apostles, saints, Old Testament figures, bishops, angels and the virtues of Faith, Hope and Love. The cathedral's excellent website has a detailed guide to each statue.

The oldest part of the cathedral is St. John's Chapel, which an inscription dates to November 26, 1161. Dedicated to both St. John and St. Sylvester, it contains a modern marble altar made by Harald Wårvik in 1985.

The most important artwork in the cathedral is the early-14th-century altar frontal, now displayed in an ambulatory chapel. It depicts scenes from the legend of St. Olav and is the earliest known representation of his life. (More details here.) Among the few other items that managed to survive from the Middle Ages are a large cope chest of 1304 and a gilded silver chalice from 1520-1530.

Since restoration work began in the mid-19th-century, many new artworks have been donated to the cathedral. American visitors might wish to stop by the Altar of the Holy Cross at the east end of the nave - it supports a 2.6m-high silver crucifix presented by Norwegian emigrants to the USA on the anniversary of Olav's death in 1930.

The cathedral's crypt displays a fascinating collection of medieval tombstones found during excavations of the cathedral. Many were broken - either by accident or purposefully for building material in the 16th century - but have been reassembled wherever possible. Dating from as early as the 12th century, the tombstones are of excellent quality and great interest. Many have inscriptions in Latin and Old Norse and include portraits of the deceased.

The tower can be climbed for fine views of Trondheim and its surrounding scenery. Admission to Nidaros Cathedral also includes admission to the adjacent coronation museum housed in the archbishop's palace, which displays Norway's crown jewels among other treasures. Unlike their British counterparts, these jewels are never used - coronations were abolished in 1908.

The cathedral has a Visitor Center that includes a gift shop, café and public toilets.

The shrine of St. Olav attracted streams of pilgrims from 1031 until the Reformation in the 16th century. Today, although the cathedral and country are both Lutheran, the tradition of pilgrimage has become popular once again.

Just as pilgrims of all faiths are rediscovering the medieval Camino de Santiago in Spain, travelers are beginning to take interest in walking the old pilgrim paths to Trondheim. Modern pilgrims to St. Olav come from many places, but the pilgrimages are especially popular with Norwegians and Swedes.

Below is a location map and aerial view of Nidaros Cathedral. Using the buttons on the left (or the wheel on your mouse), you can zoom in for a closer look, or zoom out to get your bearings. To move around, click and drag the map with your mouse.