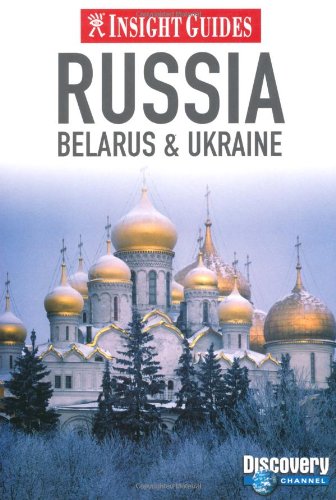 Insight Guide Russia, Belarus & Ukraine
view larger map of Russia
advertisement
Holy Trinity Lavra
Founded in 1345 by St. Sergius and containing his relics, this is the most important monastery in Russia and the spiritual center of Russian Orthodox Christianity.

New Jerusalem Monastery
New Jerusalem Monastery is located on the river Istra outside Moscow. It was founded in 1656 by Patriarch Nikon, who patterned it after Jerusalem's Church of the Holy Sepulchre.
Peter and Paul Cathedral
Built 1712-33 in the heart of the Peter and Paul Fortress, this yellow cathedral is characterized by unique Protestant-influenced Baroque architecture. It is the oldest and second-tallest building in St. Petersburg.

Novospassky Monastery
The New Monastery of the Savior was founded in 1491 but entirely rebuilt by the Romanovs in the 1640s. Its cathedral contains frescoes by the best 17th-century painters.

Cathedral of the Assumption
Uspensky sobor in the Kremlin was built 1475-79 by an Italian architect. The relatively austere gray facade hides an interior covered in frescoes on every available space.

Andronikov Monastery
Named for its first abbot, Andronikov monastyr was founded in 1360 by Metropolitan Alexei in fulfillment of a vow. The famous icon painter Andrei Rublev (d. 1430) was a resident here.
St. Basil's Cathedral
This famously colorful cathedral was built by Ivan the Terrible between 1534 and 1561 to commemorate a military victory. It consists of nine chapels built on a single foundation.
Danilov Monastery
Danilov was founded in the late 13th century by Prince Daniil Aleksandrovich and restored by Ivan the Terrible in 1560.