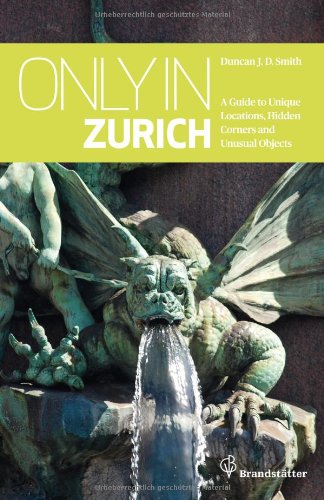 Zürich's Grossmünster is a 12th-century Romanesque ex-cathedral with a fascinating history of Catholic saints and Protestant preaching. According to legend, the Grossmünster was founded by Charlemagne after his horse stopped over the graves of three early Christian martyrs.

In the 3rd century, Felix and Regula were members of an all-Christian Roman legion that was to be executed en masse in southwest Switzerland. They fled with their servant Exuperantius and got as far as Zürich before being tried and executed in 286 AD.

According to tradition, the governor plunged the three saints into boiling oil and forced them to drink molten lead. The trio still refused to renounce their faith and so were finally beheaded. The nearby Wasserkirche stands on the site of their execution.

Impressively, the martyrs still had enough energy to pick up their heads and climb to the top of a hill, where they dug their own graves and buried themselves. (This impressive feat is more common than you might think - St. Denis in Paris and St. Miniatus in Florence also carried their heads to a hilltop resting place.)

It was on this site that construction of the Grossmünster began in 1090, and most of it was completed by 1230. It was dedicated to the martyrs Felix, Regula, and Exuperantius, the patron saints of Zürich. From the 13th century, images of the saints carrying their heads were used in official seals of the city and on coins (they still appear on the seal of Zürich).

On the saints' feast day (September 11), their relics were carried in procession between the Grossmünster and the Fraumünster, and the two churches vied for possession of the relics. The remains of the martyrs made Zürich the most important pilgrimage site in the area. The relics are now divided between a church in Andermatt and the new Church of St. Felix and Regula in Zürich.

As usual, modifications to the original church building continued over the following centuries. The north tower (which holds the bells) was taller than its south counterpart until the 15th century, when the south towerwas heightened to match. A statue of a seated Charlemagne was added to the newly completed south tower (the original can be seen in the crypt).

Zwingli and the Protestant Period

The cathedral reached perhaps even greater prominence through a man who had no use for saints or relics - Huldrych Zwingli (1484-1531), a contemporary of Luther and one of the great leaders of the Reformation.

Preaching for 12 years from Grossmünster's pulpit, Zwingli called for religious freedom, encouraged priests to get married (as he had done), attacked idolatry and denounced the Mass. In 1524, he ordered all altar paintings and church treasures removed from the church.

Under Zwingli, the small town of Zürich became a major religious center that attracted students and theologians from near and far. By 1529, the Swiss cities of Bern, Basel and St. Gallen had all adopted the Reformation.

In 1531, Zwingli was killed during a war between Catholics and Protestants at Kappel. Unlike the founding figures of the cathedral, he left no relics: his body was quartered and then burnt with dung. The site of Zwingli's death is marked with the inscription: "They may kill the body but not the soul." The leadership of the Reformation in Switzerland soon passed to John Calvin in Geneva.

After a fire in 1763, the spires and tops of the Grossmünster's towers were destroyed. They were reconstructed with the Gothic-style sections that can be seen today. The fire also provided an excuse to fully embellish the interior with Baroque decoration, but it was restored to its original Romanesque appearance in the 19th and 20th centuries.

What to See at Grossmünster

The Grossmünster's twin three-story towers dominate the city of Zurich, whose buildings are otherwise quite modest in size. The view from the north tower (about 200 steps up) provides marvelous views of the city, including several other nearby churches such as the Fraumünster and Peterskirche across the river.

The best way to approach the church is from the sloping Zwingliplatz on the north side. The north portal has some wonderful Romanesque carvings of plants and animals, while the right side of the wall bears a modern statue of Heinrich Bullinger, Zwingli's successor. Around the other side, the south portal has some lovely modern bronze doors with panels of biblical scenes.

The interior of Zürich's Grossmünster is quite bare, entirely stripped of the statues and paintings denounced by Zwingli. Thus, like many Romanesque churches, the beauty is less in the decoration than in the simple beauty of the architecture. The furnishings are modern, including the pulpit (1851) and the organ (1960).

The only original decoration that remains are some capitals decorated with battle scenes and Charlemagne's discovery of the graves of Felix and Regula (third pillar on the north side), as well as some delightful faded frescoes in a side chapel.

The beautiful stained-glass windows in the choir were made in 1933 by Augusto Giacometti, nephew of Alberto Giacometti, the famous Swiss abstract artist. (There is also a fine window by Augusto in the Fraumünster.) The windows depict the Three Magi bearing gifts to the Virgin and Child, with angels above.

Stairs to the right of the choir lead down to a cozy undercroft chapel with an altar and font. On its north wall are the faded remains of frescoes.

Grossmünster's crypt has three aisles and is the largest in Switzerland. Here you can see the 15th-century stone statue of Charlemagne, which once stood atop the south tower. A replica now takes its place in the original spot.

Next to the Grossmünster on Zwingliplatz is the cathedral's chapterhouse, which now houses the Theological Institute of Zürich University. Here a door leads to an atmospheric cloister (1170-80), renovated in the 1960s. This is well worth visiting, especially for the fascinating Romanesque capitals - they depict both humans and a wide variety of creatures, real and mythological. There is a self-portrait of the sculptor on the highest arch to the left after you enter.

Below is a location map and aerial view of Grossmünster. Using the buttons on the left (or the wheel on your mouse), you can zoom in for a closer look, or zoom out to get your bearings. To move around, click and drag the map with your mouse.