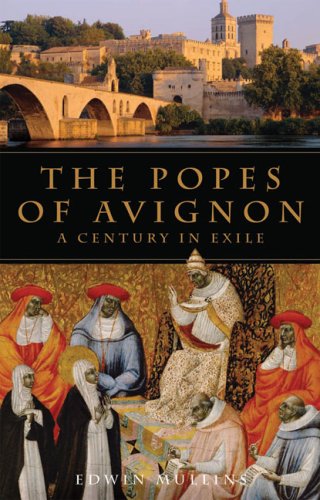 Avignon ("a-veeng-YOHN") is a cosmopolitan city in southern France with about 90,000 inhabitants. It is situated on the left bank of the Rhône, in the Vaucluse département, about 400 miles SSE of Paris, and 50 miles NW of Marseille. Avignon is a major stop between Paris and the Mediterranean, and a shiny new TGV station now connects Avignon with Paris in less than three hours.

Avignon is best known for being the Franco Vaticano ("French Vatican"), the temporary home of the Popes in the 14th century. The grand cream-colored Palais des Papes continues to delight visitors, but Avignon would still be well worth a visit without it. Avignon has a quaint medieval feel, but its large student population and fashionable boutiques help make Avignon, as Rick Steves puts it, a "clean, sharp and popular" place with "an intriguing blend of youthful spirit and urban sophistication"

view larger map of Avignon
advertisement
Avignon Cathedral
This 12th-century Romanesque cathedral is dwarfed by the grand Palais des Papes that was later built next door. Inside are the tombs of several Avignon popes.
Palais des Papes
This grand, cream-colored castle was the home of the papacy between 1309 and 1377. It is one of the largest and most important medieval Gothic buildings in Europe.