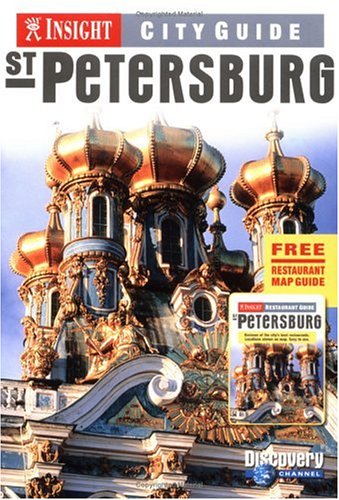 The Church of the Savior on Spilled Blood (Khram Spasa na Krovi) is one of the main Russian Orthodox cathedrals of St. Petersburg.

The church is also variously known as the Church of Our Savior on Blood and the Church of the Resurrection of Jesus Christ, its official name. The "blood" of the common name refers to that of Tsar Alexander II, who was killed on that site on March 13, 1881, as well as that of the crucified Jesus.

History of the Church of the Savior on Blood

Construction began in 1883 under Alexander III, as a memorial to his father. Work progressed slowly and was finally completed during the reign of Nicholas II in 1907.

Funding was provided by the Royal family with the support of many private investors. The church's construction ran well over budget, having been estimated at 3.6 million roubles but ending up costing over 4.6 million.

In the aftermath of the Revolution, the church was ransacked and looted, badly damaging its interior. The Soviet government closed the church in the early 1930s.

In July 1970, management of the church passed to Saint Isaac's Cathedral (then used as a highly profitable museum) and proceeds from the cathedral were ploughed back into restoring the church.

It was reopened in August 1997, after 27 years of restoration, but has not been resanctified and does not function as a full-time place of worship. The church is now one of the main tourist attractions of St. Petersburg.

What to See at the Church of the Savior on Blood

The church is prominently situated along the Griboedov Canal. The section of street where the assassination took place was enclosed within the walls of the church, and part of the canal filled to allow the street to pass around the building.

Architecturally, the church is out of place in St. Petersburg. The city's architecture is predominantly Baroque and Neoclassical, but the Savior on Blood is more in line with medieval Russian architecture. It intentionally resembles the famous St. Basil's Cathedral in Moscow.

The interior was designed by some of the most celebrated Russian artists of the day - including Viktor Vasnetsov, Mikhail Nesterov and Mikhail Vrubel - but the church's chief architect, Alfred Alexandrovich Parland, was relatively little-known. An elaborate shrine was constructed on the exact place of Alexander's death, garnished with topaz, lazurite and other semi-precious stones.

The church contains over 7,500 square meters of mosaics - according to its restorers, more than any other church in the world. The intricately detailed mosaics depict biblical scenes and figures, with fine patterned borders setting off each picture.

Quick Facts on the Church of the Savior on Blood

Map of the Church of the Savior on Blood, St. Petersburg

Below is a location map and aerial view of the Church of the Savior on Blood. Using the buttons on the left (or the wheel on your mouse), you can zoom in for a closer look, or zoom out to get your bearings. To move around, click and drag the map with your mouse.