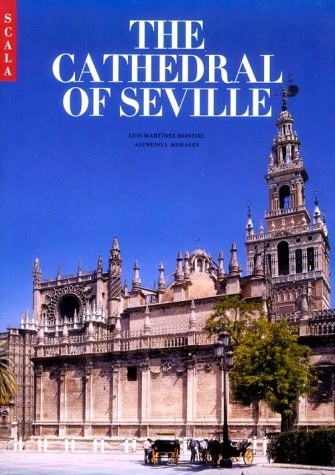 The Cathedral of Seville (Catedral de Sevilla) is an expression in stone of post-Reconquest confidence and wealth. Built on the site of a mosque, it is the third largest church in Europe and the largest Gothic building in Europe. It also boasts the largest altarpiece in the world.

Built on the site of a grand Almohad Mosque, Seville's cathedral was built to demonstrate the city's power and wealth after the Reconquista. In the planning stages, a member of the chapter is said to have commented, "we shall have a church of such a kind that those who see it built will think we were mad."

Inspired by this goal, the canons of Seville renounced all but a subsistence level of their incomes to fund the construction. The cathedral was completed in just over a century (1402-1506), quite an achievement given its size and Gothic details. It was probably designed by the French master architect of Rouen Cathedral.

Along with the city's Alcazar and Archivo de las Indias, Seville Cathedral was designated a World Heritage Site by UNESCO in 1987.

What to See at Seville Cathedral

Seville Cathedral was built on the same large, rectangular base-plan of the mosque it replaced, but the Christian architects added the extra dimension of height. The result is an astonishingly large building that breaks several size records. Measured by area, Seville Cathedral is the third largest in Europe after after St. Paul's Cathedral in London and St. Peter's Basilica in Rome, but measured by volume, it surpasses them both.

The total area covers 11,520 square meters. The central nave (the longest in Spain) rises to 42 meters and even the side chapels seem large enough to contain an ordinary church.

Two parts of the mosque were thankfully preserved in the cathedral: the Moorish entrance court (Patio de los Naranjos); and the Giralda, originally a minaret, converted into a bell tower. (See our separate La Giralda article.)

The cathedral is entered via the Puerta de San Cristóbal on the south side, just inside of which is the tomb of Christopher Columbus (Cristóbal Colón). Columbus was originally buried in the cathedral of Havana, on the island he had discovered on his first voyage in 1492. But during the upheavals surrounding the Cuban revolution in 1902, Spain transferred the remains to Seville.

A monumental tomb was sculpted for the explorer's new resting place in Seville. Sculpted by Arturo Melida, it was designed in the Late Romantic style and is held aloft by four huge allegorial figures representing the kingdoms of León, Castile, Aragón and Navarra. There have long been doubts about the authenticity of the remains in Columbus' tomb, and DNA tests are currently underway to find out if they really are those of the explorer.

The huge interior of the cathedral, with a central nave and four side aisles, is lavishly decorated. Gold is everywhere. But at the same time, there is a sense of overall simplicity and restraint in decoration, for the grand monuments are confined to the side aisles and the huge nave is left mostly empty.

In the center is the great box-like structure of the coro (choir), which contains elaborate 15th-century choir stalls. The coro opens onto the Capilla Mayor, which is dominated by an incredible Gothic retablo (reredos or altarpiece). The supreme masterpiece of the cathedral was the life's work of a single craftsman, Fleming Pieter Dancart. Composed of 45 carved scenes from the life of Christ, it is carved in wood and covered with staggering amounts of gold. It is the largest and richest altarpiece in the world.

Other notable works of art in the cathedral include 15th-century stained-glass windows and the iron screens (rejas) closing off the chapels. During Corpus Christi and Immaculate Conception observances, altar boys with castanets dance in front of the high altar.

The grandiose Sacristia Mayor, designed in the Plateresque style in 1528, houses the treasury. Among the displays are silver reliquaries and monstrances, artworks by Goya, Murillo, and Zurbarán, and a collection of skulls. Don't miss the keys presented to Fernando by the Jewish and Moorish communities on the surrender of the city: sculpted into the metal in Arabic script are the words, "May Allah render eternal the dominion of Islam in this city."

The northeast corner contains the domed Capilla Real (Royal Chapel), which is not always open. Built on the site of the original royal burial chapel, it shelters the body of Fernando III (El Santo) in a rich, silver shrine. The tombs on either side belong to Fernando's wife, Beatrice of Swabia, and his son, Alfonso the Wise.

To the left of the Capilla Real is the entrance to the wonderful Moorish minaret, La Giralda, which now functions as the cathedral's belltower. It is well worth climbing to the top.

Below is a location map and aerial view of Seville Cathedral. Using the buttons on the left (or the wheel on your mouse), you can zoom in for a closer look, or zoom out to get your bearings. To move around, click and drag the map with your mouse.