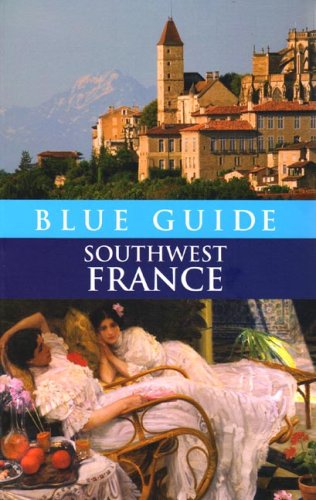 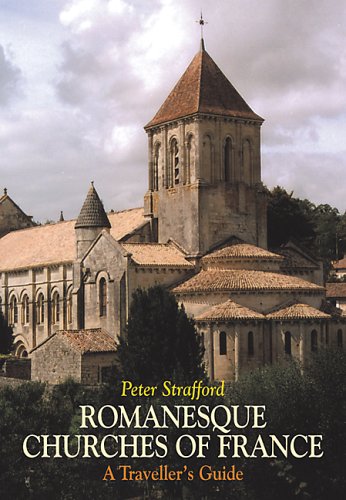 The largest Romanesque church in Europe, the Basilica of Saint Sernin in Toulouse is notable for its imposing architecture and important medieval sculptures and frescoes.

The first Bishop of Toulouse was Saturninus, who in 250 AD met a violent death for refusing to worship pagan gods. Roped to a sacrificial bull by mobs gathered on the steps of the Capitoline Temple, St. Sernin was dragged down the main street of Toulouse (then known as Tolosa) to his death.

The saint's body was buried by the local Christian community outside the city walls, and his tomb was eventually covered with a modest wooden oratory. The first shrine on the present site, a little to the north of his original tomb, was built c.400-03 by Bishop Exupere.

The relics of St. Sernin attracted many pilgrims from the start, but visitors really began to pour in with the rise of the pilgrimage to Santiago de Compostela in the early 11th century. Toulouse is along a main route to the Spanish shrine, so a larger church was soon required to cope with the crowds stopping to pray at the tomb of St. Sernin.

Toulouse became a lively and important city in the Romanesque era, when its counts were the most powerful in southwest France. The city and its central shrine would have been filled with troubadours, artists, courtiers and pilgrims. The diocese was also doing well financially thanks to recent Gregorian reforms, so a new church could be built at once.

Construction on the present Romanesque church began around 1080, starting with the chevet and transept at the east end. A surviving inscription tells us that the altar was consecrated by Pope Urban II on May 24, 1096. Work continued on the nave until about 1117, when the collegiate church was elevated to the status of an abbey and attention shifted to the cloister and necessary monastic buildings. The west end was never completed.

Some Gothic additions were commissioned by Abbot Bernard de Gensac (1243-64) and the choir was given flashy new furnishings in the Baroque era, but otherwise the Basilica of St. Sernin was generally left in its original Romanesque state throughout the millennium since its construction.

In the modern period, Eugene Viollet-le-Duc made his usual well-intentioned but overzealous "restorations" around 1872, which included raising the floors and covering the walls with plaster. Finally, at the end of the 20th century an extensive cleaning and restoration project was undertaken, which focused especially on undoing the modifications of Viollet-le-Duc and returning the church to its original medieval appearance.

What to See at St. Sernin Basilica

Once surrounded by a tranquil cloister and various monastic buildings, the Basilica of St-Sernin is no longer blessed with a very atmospheric setting. A lovely garden has been installed at the east end, but the exterior is mostly hemmed in by newer buildings and dominated by a large parking lot on the south side.

Nevertheless, the exterior is a magnificent sight, especially when approached from the east end - the Romanesque chevet is one of the most harmonious in France. A central apse with five radiating chapels is flanked by two more chapels on each of the transepts, creating an exceptionally pleasing visual rhythm.

The building is constructed of red brick, with white stone used for decorative accents and sculptures. The rooflines of the many chapels are lined with corbels carved with human and animal figures. Rising above the apse is an octagonal brick tower 65 meters high, with five tiers (three Romanesque and two Gothic), white stone colonettes, and a small stone spire (1478).

The incomplete west facade has a wide, stubby appearance, lacking the towers common to most medieval churches. Its double portal is surmounted by a large oculus window.

The south exterior of the church is home to two notable portals. The Porte des Comtes (c.1082-83) in the south transept is now blocked up and protected behind a gate. It contains a small niche on the left, in which members of the counts' families were entombed in Early Christian sarcophagi, and an edicule inscribed Sanctus Saturninus.

The portal is notable for its eight carved capitals, which were probably made by the same workshop as those in the transept and ambulatory. They illustrate the theme of salvation and damnation, including scenes from the parable of the Rich Man and Lazarus (Luke 16:19-31) and souls of the wicked being punished by monsters devouring their genitalia.

The basilica's south door, the Porte Miegeville (c.1110-15), is named for its position on the route through the town center (mieja vila). It is approached through another fine portal, a Renaissance archway that survives from the 16th-century enclosing walls.

The tympanum of the Porte Miegeville is considered one of the finest Romanesque examples anywhere, its figures endowed with great expression and movement. It depicts the Ascension in quite a literal manner, with angels hoisting Christ up into heaven by the waist. Below, the apostles look up in wonder while two angels explain that he will return from heaven in the same way.

The four capitals flanking the portal are carved with themes including the Expulsion from the Garden of Eden, the Annunciation, the Visitation, the Massacre of the Innocents, and lions tangled in vines. Other sculptures depict Simon the Magician, King David flanked by lions, men in Phrygian caps riding lions, St. James between two trees topped with monster heads, and St. Peter holding his keys.

The west portal (c.1115-18) is unfinished, but even higher in quality than the south portals. Its eight capitals are deeply carved with human and animal figures entwined in foliage. Other reliefs from this portal are now displayed in the Musée des Augustins across town.

The floor plan of the Basilica of St-Sernin is a Latin cross, with a long nave, wide transept, and double side aisles. Thanks to its grand dimensions and soft lighting, the interior has a spacious and tranquil atmosphere. Fine views of the architecture can be enjoyed diagonally across the nave from the side aisles.

The nave is supported by tall, narrow round arches topped with galleries, though which some indirect light is admitted from the aisles. The barrel vault of the nave rises 23m from the floor and is supported by transverse arches. The huge transept is built on the same scale and design as the nave.

There are 268 Romanesque capitals throughout the interior, notable for their quality as well as their quantity. They range in date from c.1080 in the east end to c.1118 in the west. Many are located high in the gallery above the nave where they are difficult to see. Most are carved with foliage decorations but some depict narrative scenes, such as Daniel in the Lions' Den in the southeast apsidal chapel (c.1080).

The north transept contains medieval frescoes that were only discovered in the 1970s, when the 19th-century plaster was removed from the walls. Dating from around 1180, these include a Resurrection of Christ in five scenes (on the west wall), an angel seated on clouds and a Noli Me Tangere (on the pillars next to the nave aisle), and other fragments.

The choir is the least medieval spot in the church, having been given the full Baroque treatment in the 17th and 18th centuries. Notable furnishings here include the carved choir stalls (1670-74), reredos carved by Marc Arcis (1720), a sculpure of St. Sernin by Etienne Rossat (1759), and the baldachino (1718-58) sheltering St. Sernin's relics behind the altar.

The high altar itself, however, is a rare and important Romanesque survival. It is inscribed with the date of its consecration, May 24, 1096, and the signature of its maker, Bernardus Gilduinus. The marble altar is finely carved around the edges with reliefs of angels, birds, foliage and other motifs. It is hard to get a good look at this precious object, as it is barricaded behind a iron fence in the choir, but a high-quality replica can be seen in the north transept.

In the east end of the basilica, a wide ambulatory with five radiating chapels accommodated the flow of pilgrims. Most of the chapels now contain altars and reliquaries from the Counter Reformation period (17th century), when the ambulatory functioned as a Tour des Corps Saints (Circuit of the Holy Relics). The altar in the main chapel was designed by Viollet-le-Duc in the 19th century.

Inserted into the ambulatory wall are seven remarkable marble reliefs dating from the late 11th century, with an interesting style that brings to mind ivory carvings blown up to life size. They have been displayed here since at least the 19th century. Their original position is unknown, but they may have been part of an altarpiece. The three central panels are attributed to Bernard Gilduin, sculptor of the high altar. In the center is Christ in Majesty, shown with a round belly and long hair, seated inside a mandorla and surrounded by the symbols of the Four Evangelists. The flanking panels depict a cherub and a seraph and the remainder contain two apostles and two angels. The last four are in a larger format and may have been created slightly later by another master.

The relics of St. Sernin were originally kept in the crypt, but were moved to the main altar in 1258. The crypt was re-vaulted in the 14th century, retaining the ancient central pier. Its niches contain reliquaries, including a Limoges casket from the 12th century, but the most precious have been moved to the Musee Paul Depuy.

Below is a location map and aerial view of St. Sernin Basilica. Using the buttons on the left (or the wheel on your mouse), you can zoom in for a closer look, or zoom out to get your bearings. To move around, click and drag the map with your mouse.