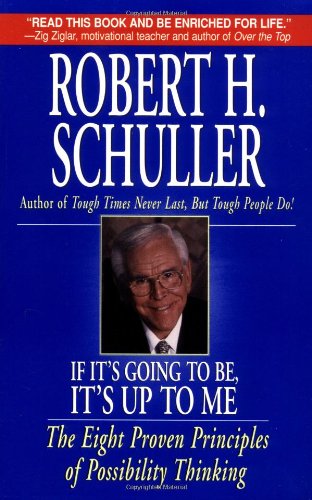 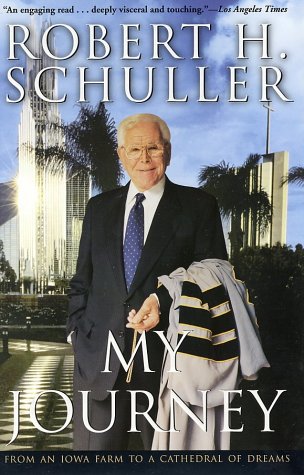 My Journey: From an Iowa Farm to a Cathedral of Dreams 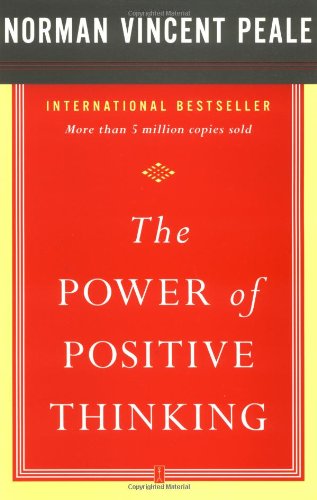 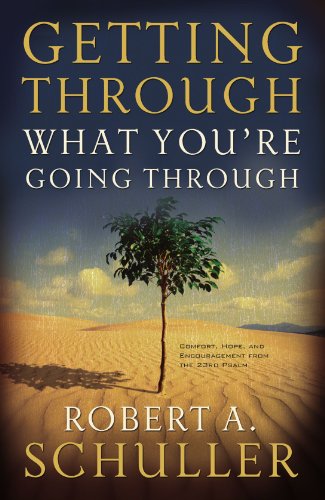 History of American Architecture: Buildings in Their...

Home of the famous "Hour of Power" television program hosted by Reverend Robert Schuller, the Crystal Cathedral is an impressive modern structure made of glass - in an earthquake-prone area of California. It was completed in 1980 to house a growing congregation that had its start in a drive-in theater and now numbers over 10,000 members.

In 1955, Reverend Robert H. Schuller and his wife Arvella left their home state of Iowa and drove west on Route 66 to California. With $500 provided by his denomination (the Reformed Church in America), Schuller set up a weekly service in a rather unusual location: a local drive-in theater in Orange County.

Encouraging the public to "come as you are in the family car," the Reverend preached from the top of the snack bar while his wife played an electronic organ mounted on a trailer. Initially ridiculed for preaching God's word in a place better known for its amorous teenagers, Schuller's weekly sermons soon became very popular.

Inspired by his mentor Dr. Norman Vincent Peale (author of The Power of Positive Thinking), Schuller became known for the consistently positive tone of his preaching - focusing not on sin but on hope, encouragement and the good things his listeners can do for God and for others.

This success finally enabled Schuller to build a proper church. A small chapel was constructed three miles from the drive-in and Schuller planned to abandon the old site, but the advantages of the outdoor services soon became apparent: particularly, those with illnesses and disabilities had been able to attend in greater comfort and convenience than is available in a church pew.

So Reverend Schuller commissioned a unique new church, enlisting famed architect Richard Neutra to construct a building that could accommodate both traditional and drive-in attendees. Completed in 1962 at a cost of $3 million, the Garden Grove Community Drive-In Church featured 25-foot-high electronic doors, which Schuller could slide open for his sermons on Sunday mornings.

Encouraged by Billy Graham to take his message to the airwaves, Robert Schuller began airing the weekly "Hour of Power" on a Los Angeles TV station in 1970. Within just a few years, the program had gone national and the Garden Grove Church quickly became too small for the rapidly-growing congregation.

To accommodate a much larger congregation and serve as a studio for the television program, Schuller commissioned architect Philip Johnson to built a grand new church. The Reverend's primary requirement, based on his happy memories of the outdoor services of the '50s, was that the walls be made entirely of glass. Such a thing had not been attempted before in Orange County, an area known for its earthquakes, but Johnson came up with a design that has been much admired for its engineering as well as its appearance.

Dubbed the Crystal Cathedral, the new glass church was dedicated by Robert Schuller in 1980 to "the Glory of Man for the Greater Glory of God."Ten years later, on the anniversary of the dedication, the striking bell-tower (also designed by Philip Johnson) was added.

What to See at Crystal Cathedral

Located in the city of Garden Grove south of Los Angeles, the Crystal Cathedral has a four-pointed star shape with an exact east-west alignment. The detached bell-tower stands to the south, next to the original Garden Grove Community Drive-In Church (which now functions as an arboretum). Reminiscent of its drive-in origins, the church is situated in a huge parking lot and parts of the walls open, allowing some congregants to attend from their cars.

As one would expect from a congregation that has been credited with founding the megachurch movement, the Crystal Cathedral is impressive in its measurements: 415 feet long, 207 feet wide and 128 feet tall. The walls are made of over 10,000 windows of tempered, silver-colored glass, anchored by web of 16,000 white steel trusses. The interior accommodates 2,736 people: 1,761 seats on the main floor, 346 seats in the east and west balconies and 283 in the south balcony.

But perhaps even more impressive is the architect's creation of such a remarkable space while remaining resistent to both earthquakes and the Southern California heat. The earthquake problem was handled through the use of flexible hinges and silicone-based glue, which allow the glass building to move with the earth. It has been certified to withstand earthquakes up to 8.0 on the Richter scale.

Remarkably given the local desert climate, the Crystal Cathedral is not air-conditioned. Instead, it uses an environmentally-friendly combination of high ceilings and electronically-operated, staggered windows to keep the interior cool. The glass panels covering the church are highly reflective, which creates a beautiful effect and, more practically, allows only 8 percent of the sun's light and heat to permeate the interior. In addition, behind the pulpit at the east end there are two 90-foot tall doors that open electronically during morning services to admit the early breezes. On winter days when solar heat is insufficient, the building is heated by underground pipes.

The Crystal Cathedral's organ is the third largest in the world, consisting of over 16,000 individual pipes and 549 horizontal trumpet pipes projecting over the east and west balconies. The chancel is made of Rosso Alicante marble, quarried in Spain and cut and polished in Italy. The altar and pulpit are made of granite and the 17-foot tall wooden cross is decorated with 18-karat gold leaf. Less artistic, but highly practical for this modern megachurch, is the huge Sony Jumbotron screen which measures 11.5 feet by 15 feet.

Outside, various modern statues ranging in date from 1969 to 2003 decorate the grounds. Dedicated in 1990, the iconic bell tower of Crystal Cathedral rises 236 feet tall. Made of highly polished stainless steel panels, the sparkling spire reflects light in all directions. The tower houses a 52-bell carillon named for Arvella Schuller and at the base is a small prayer chapel.

The Crystal Cathedral hosts two holiday performances each year: the Glory of Easter and the Glory of Christmas. Major productions that attract huge audiences, these reenactments of Bible stories include live animals and angel-costumed actresses flying over the congregation on a wire.

Below is a location map and aerial view of Crystal Cathedral. Using the buttons on the left (or the wheel on your mouse), you can zoom in for a closer look, or zoom out to get your bearings. To move around, click and drag the map with your mouse.