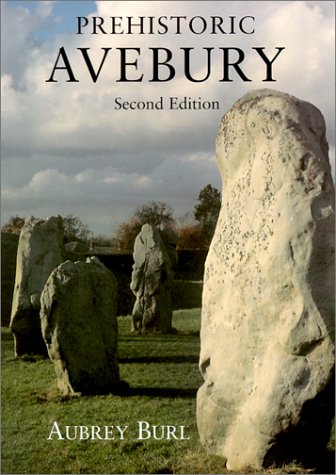 The Wiltshire village of Avebury is home to the largest prehistoric stone circle in Britain and the most popular megalithic site after Stonehenge.

Like its more famous counterpart, the monuments of Avebury were constructed as early as 3000 BC and have been designated a World Heritage Site. Many travelers prefer the more atmospheric Avebury, with its peaceful village setting, to the heavily-touristed Stonehenge. See also our Avebury Photo Gallery, which takes you on a virtual tour of the site.

The ditch and stone circles of Avebury were constructed between 2600 and 2400 BC, which is around the same time as the first phase of Stonehenge. Experts think it would have taken as much as 1.5 million man-hours to construct the bank and ditch and place the sarsen stones. Phases of construction are not known, but the outer circle may have been a later addition. The West Kennet Avenue, a ceremonial approach to the site, probably dates from about 2300 BC.

Much still remains to be studied about Avebury, and much about its construction and purpose remains a mystery. The stones remained intact but unused throughout the later prehistoric periods. It is not known why the site was abandoned, but Stonehenge was likewise left behind. Archaeological finds show that the site may have been visited by the Romans as a curiosity.

By about 600 AD, in the early Saxon period, a settlement had been built inside and just outside the henge. The site was probably seen as a convenient, semi-fortified site for a settlement. In 1114 AD, a small Benedictine priory and church was built on the site.

The Avebury parish church was enlarged a great deal in the late 12th century, which was about the same time as a church revival that finally suppressed the lingering pagan beliefs that had survived until then. The more prominent Avebury stones and nearby barrows were given names related to the devil: the Devil's Chair, the Devil's Brandirons, the Devil's Den. And many of the stones were toppled and buried.

In modern times, Avebury was first rediscovered and appreciated by the antiquarian John Aubrey in 1649. Aubrey, who also discovered the holes named for him at Stonehenge, was fox-hunting when he stumbled upon the site. He wrote that he "was wonderfully surprised at the sight of those vast stones of which I had never heard before."

After further investigation, Aubrey declared that Avebury "does as much exceed in greatness the so reknowned Stonehenge, as a cathedral doeth a parish Church." Aubrey recorded many drawings and plans of the site and speculated on how the obviously civilized ancient Britons used the site. In 1663, King Charles II visited the site on his way to Bath, accompanied by Aubrey.

Between 1719 and 1724, the doctor/clergyman/antiquarian William Stukeley began to study Avebury. Remarkably, considering the site's survival for thousands of years, Avebury's stones had changed a great deal in the intervening decades since Aubrey's studies. Avebury village was growing rapidly around this time, and larger houses and buildings were required. Thus the villagers had begun breaking apart the standing stones and using them for walls, hourses and churches. Stukeley left a sketch of how this was done - by burning straw in a large pit to heat the stones, then splitting them open with sledge hammers.

Like Aubrey, Stukeley left a number of drawings and sketches of Avebury that have been very useful. But his interpretation of the stone circle was fanciful and romantic, centering on Druids and classical gods (he regarded himself as a Druid). He even altered his measurements to fit his ideas, laying the foundation for the speculative theories of today.

The 18th and the 19th centuries saw little further study, but only further speculation based on Stukeley's ideas. Systematic excavation of Avebury began in 1908 under Harold St. George Gray. He dug in the great ditch of Avebury, unearthing tools and pottery and identifying the site as Neolithic.

But the most important and thorough excavations of took place under Alexander Keiller, who began by purchasing the site of Avebury (thanks to his family's marmalade fortune) in the 1930s. He not only excavated the site, he extensively restored it by putting buried and fallen stones back into their original upright positions. Much of the lovely site we see today is thanks to Keiller.

What to See at Avebury Henge

Avebury is at once accessible (it is easy to find and makes a quick day trip from London, Oxford or Bath) and secluded. Spaciously spread out around a quaint English village and surrounded by grazing sheep, Avebury has a much different feel to it than hectic Stonehenge.

Like other stone circles, Avebury henge is surrounded by a bank and ditch circle. More unique is the fact that the circle also encloses much of Avebury village and two roads crisscross through the middle of it all. The site is thus divided into four sectors, which are used to reference the locations of particular stones.

As originally constructed, Avebury Henge consisted of a large stone circle inside the bank and ditch, with two smaller inner circles. There were two ceremonial avenues: the West Kennet Avenue (made of 100 pairs of stones), entering on the south side; and the Beckhampton Avenue, entering the west causeway. Inside the Northern Inner Circle was the Cove, which may have been aligned on the moon's northernmost rising point. The Southern Inner Circle had a great Obelisk in the center (now lost).

The Avebury Henge is part of a much larger prehistoric sacred complex, which includes two ceremonial avenues lined with stones, Silbury Hill (the largest man-made mound in Europe), the West Kennet Long Barrow (a Neolithic burial chamber), and the Sanctuary (a former stone circle). Most of these sites can be visited on foot by the reasonably fit.

In Avebury village at the beginning or end of your walk around the circle is the Alexander Keiller Museum (tel. 01672/539250), which houses one of Britain's most important archaeological collections. On display is material from excavations at Windmill Hill and Avebury as well as artifacts from other prehistoric digs at West Kennet, Long Barrow, Silbury Hill, West Kennet Avenue, and the Sanctuary.

The closest rail station is at Swindon, 19km (12 miles) away, which is served by the main rail line from London to Bath. For rail information, call tel. 0845/748-4950 or visit www.nationalrail.co.uk. A limited bus service (no. 49) runs from Swindon to Devizes through Avebury.

Below is a location map and aerial view of Avebury Henge. Using the buttons on the left (or the wheel on your mouse), you can zoom in for a closer look, or zoom out to get your bearings. To move around, click and drag the map with your mouse.