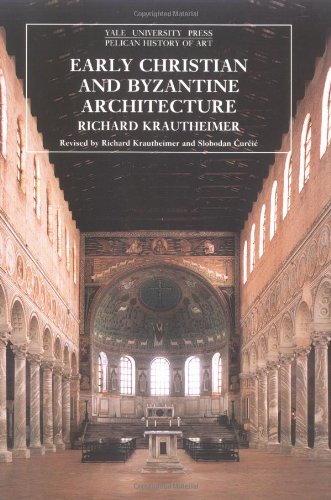 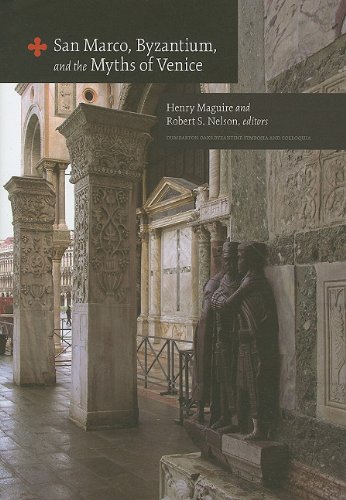 San Marco, Byzantium, and the Myths of Venice 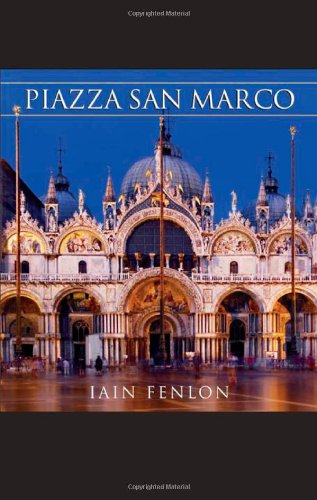 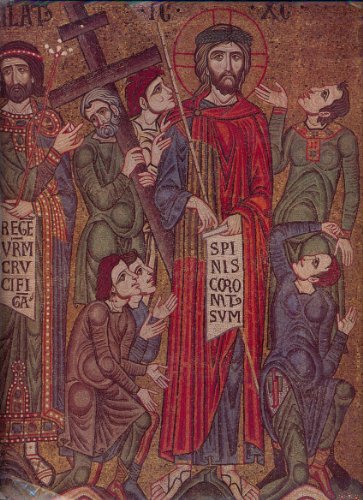 Mosaics of San Marco in Venice 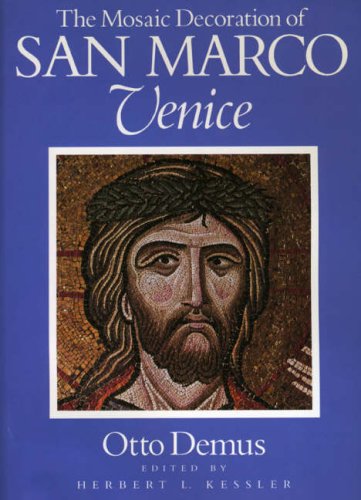 DK Eyewitness Travel Guide to Venice and the Veneto

Rough Guide to Venice & the Veneto

St Mark's Basilica (Basilica di San Marco in Italian) is the most famous of the many churches of Venice and one of the finest examples of Byzantine architecture in the world. Located just off the Grand Canal, the gleaming basilica overlooks the Piazza San Marco (St. Mark's Square) and adjoins the Doge's Palace. San Marco is a cathedral, but has not always been so: it was the Doge's chapel until it became the seat of the Archbishop of Venice in 1807.

History of the Basilica of St. Mark

In 828, Venetian merchants stole the relics of Saint Mark the Evangelist from their original resting place in Alexandria, Egypt. It is said the Venetians hid the relics in a barrel under layers of pork to get them past Muslim guards. The adventure is depicted in the 13th-century mosaic above the door farthest left of the front entrance of the Basilica.

The relics were initially housed in a temporary chapel within the Doge's Palace, but a more substantial church was built to shelter the valuable relics in 829-32. This burned in a rebellion against Doge Pietro Candiano IV in 976, but was restored by Doge Domenico Contarini (d. 1070). The present basilica, which incorporates the earlier buildings, was completed around 1071.

While the basic structure of the building has changed very little over the last millennium, its decoration was regularly modified after its completion. The succeeding centuries, especially the 14th, all contributed to its adornment, and Venetian vessels from the Orient brought a virtually continous supply of columns, capitals, or friezes from ancient buildings to adorn the basilica.

The exterior brickwork was gradually covered with various marbles and carvings, some much older than the building itself. A new frontage was constructed and the domes were covered with higher wooden domes in order to blend in with the Gothic architecture of the redesigned Doge's Palace.

The Basilica di San Marco was the chapel of the Doges for most of its history, but in 1807, it became the cathedral of Venice.

What to See at the Basilica of St. Mark

St. Mark's Basilica is modeled after Constantine the Great's Church of the Holy Apostles (no longer standing) and the Hagia Sophia in Istanbul. It has a floor plan in the shape of a Greek cross, with a dome over the crossing and another dome on each of the four arms. Each arm has a central aisle and two side aisles. A narthex wrapped around the west end disguises the cross shape but creates a wide, flat surface for the grand facade.

Decorated with Byzantine, Romanesque and Gothic art, the west facade is composed of two orders of five recessed arches, supported by clusters of columns whose capitals were carved in the 12th and 13th centuries. The delicate pinnacles and other decorations at the top of the facade are Gothic additions of the 14th and 15th centuries.

There are many fascinating details to enjoy on the exterior, thanks to its incorporation of a wide variety of artworks from antiquity to the Middle Ages. A particular highlight among these include the oldest exterior mosaic (1260-70), located over the northernmost (left) door on the west facade. Its subject is The Translation of the Body of St. Mark and it includes the oldest known depiction of San Marco Basilica.

Also not to be missed is the south side (closest to the Doge's Palace), where one can admire two free-standing columns finely carved in the Byzantine style. They are probably from 5th- or 6th-century Syria. Nearby, on the exterior corner of the Treasury, are Egyptian porphyry sculptures known as the "Tetrarchs." Dating from the 4th century, the embracing royal figures are believed to represent Diocletian and his three co-rulers.

The narthex, an architectural feature common to Byzantine churches, wraps around the west end of the basilica. It has a beautiful marble mosaic pavement of the 11th and 12th centuries and splendid gilded mosaics that are easier to see than those in the main interior thanks to the lower ceiling.

Most of the narthex mosaics depict Old Testament stories, preparing the visitor for the stories of the New Testament inside the church. Many date from the 13th century, including the particularly interesting Stories of Genesis (to the right just inside the central door). Immediately in front of the central door are figures of the Four Evangelists from the 11th and 12th centuries.

Inside, it is almost impossible not to immediately look up: spectacular gilded mosaics cover a total area of about 8,000 square meters on the vaults and cupolas. Dating mostly from the 12th century, the interior mosaics proclaim the message of Christian salvation through events from the New Testament.

Interwoven with this main plan are such motifs as the story of the Virgin, the martyrdoms of St. Peter and St. Clement, and events in the lives of St. John the Evangelist, St. John the Baptist and St. Isadore, the great pantheon of saints venerated by the Venetians. But most important of all are the cycles with the legend of St. Mark. The gold background is meant to impress, but also symbolizes the Divine and the light of God himself.

The intricately-patterned floor is a 12th-century mixture of mosaic and marble in geometric patterns and animal designs. A red medallion in the floor of the porch inside the main door marks the spot where, in 1177, Doge Sebastiano Ziani orchestrated the reconciliation between Barbarossa, the Holy Roman Emperor, and Pope Alexander III.

Over the high altar is a baldacchino on columns decorated with 11th-century reliefs. The altarpiece is the famous Pala d'Oro (Golden Pall), a panel of gold embedded with gems. It was commissioned from Byzantine goldsmiths in 976 and further embellished over the centuries. Napoleon stole some of the precious stones in 1797, but there are still plenty left, gleaming behind protective glass.

The choir stalls are embellished with inlaying by Fra Sebastiano Schiavone, and above them on both sides are three reliefs by Sansovino. On the two marble pulpits of the ambo are statuettes by the Massegne brothers (1394). Also in the choir are Sansovino's bronze statues of the Evangelists and Caliari's of the Four Doctors.

The famous Horses of Saint Mark have endured an eventful history. Long displayed at the Hippodrome of Constantinople, the four life-sized bronze sculptures date from Greco-Roman times and originally formed part of a triumphal quadriga (a chariot drawn by four horses abreast). They were looted from Constantinople during the Fourth Crusade and sent to Venice in 1204 by Doge Enrico Dandolo. In Venice, the horses were first placed in the Arsenal, but about 50 years later they were moved to the exterior of St. Mark's Basilica.

The Venetians were not the only ones to take a liking to the ancient horses: they were taken to France by Napoleon in 1797. Brought back to Venice in 1815, they remained in place until the 1990s, when they were brought into an upper gallery for protection; replicas now take their place on the facade. The original horses can be visited for a small admission charge - follow signs up the stairs from the right side of the narthex, just outside the door to the main basilica.

The Tesoro (Treasury), to the far right of the main altar, has an impressive collection of the Crusaders' plunder from Constantinople as well as other icons and relics gathered by the church over the years.

Quick Facts on the Basilica of St. Mark

Map of the Basilica of St. Mark, Venice

Below is a location map and aerial view of the Basilica of St. Mark. Using the buttons on the left (or the wheel on your mouse), you can zoom in for a closer look, or zoom out to get your bearings. To move around, click and drag the map with your mouse.