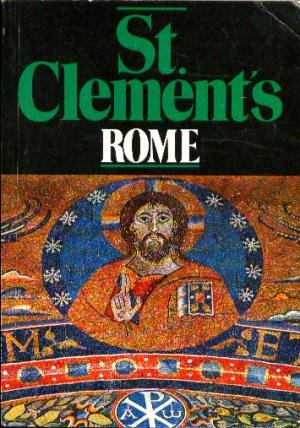 The church has a beautiful interior, but it is especially notable for its three historical layers. The 12th-century basilica is built on top of a well-preserved 4th-century church (with many frescoes), which was built next to a 3rd-century Mithraic Temple. For an admission fee, it is possible to explore the excavations of the lower two levels, which is a fascinating journey into the history of Rome.

This ancient church was transformed over the centuries from a private home and site of clandestine Christian worship in the first century to a grand public basilica by the 6th century, reflecting the emerging Roman Catholic Church's growing legitimacy and power.

In the late 1st century AD, an insula (apartment building) and mansion were built here, separated by a narrow Roman street. These were built on top of earlier structures that were destroyed in the great fire of 64 AD under Nero.

A Christian community is believed to have met in the mansion by the 2nd century. The community was known as the titulus Clementis, which according to custom was probably named for the owner of the mansion. Some believe this was the Roman consul and Christian martyr Titus Flavius Clemens (d. 215).

In the early 3rd century, the inner courtyard of the insula was made into a Mithraeum, or Temple of Mithras. Mithras was a sun god of Persian origin whose cult was for men only and involved secret initiation rituals in small, cave-like structures.

Some years later, a large hallwas built over the inner courtyard and ground floor rooms of the adjoining mansion. It may have been built with the express purpose of housing the Christian community.

Not long after Christian persecution ended under Constantine (313 AD) and Christianity became the official religion of the empire (380s AD), the hall became a full-fledged church. This is the lower church that can still be visited today.

The existing hall was converted into a basilica under Pope Siricius (384-99), which is recorded on the dedicatory inscription to the left of the entrance. Changes included the addition of an apse, a narthex and an atrium, the blocking of openings in its sides, and the creation of a nave and two aisles by the addition of two colonnades.

Increasing veneration of Clement of Rome (d. 99 AD and may be mentioned in Philippians 4:3), combined with the name of the titulus already meeting there, led to the dedication of the church to St. Clement.

The Basilica of St. Clement hosted two papal councils in the 5th century. It was restored in the 6th, 8th, and 9th centuries; frescoes were added during each restoration.

The church was badly damaged during the Norman sack of Rome in 1084. Even before the Normans arrived, though, it was located 5 meters below street level and not structurely safe. It was therefore abandoned and Pope Paschal II (1099-1118) built a new church above it in 1108.

This is the upper church that has survived largely unchanged to today. On one wall in the courtyard there is a plaque signed by Pope Clement XI that praises the Basilica of San Clemente, declaring, "This ancient church has withstood the ravages of the centuries."

Although the existence of the lower church was known, its remains lie untouched until the mid-19th-century, when the Irish Dominican Father Mullooly began excavations. Later priors of San Clemente further excavated the church and Roman buildings, but some parts have yet to be explored. The recent discovery of a 6th-century baptismal font indicates that there is still more to be found.

What to See at San Clemente

The main, upper church of San Clemente is one of the most richly decorated churches in Rome. The vast majority of its architecture and art dates from its construction in the early 12th century. The entrance is on the left aisle.

The most striking sight is the 12th-century apse mosaic, in a golden-bronze color and featuring a large crucifix in the center. Growing from and around the crucifix are vines, associating the cross with the Tree of Life.

In the center of the apse is a throne, whose back is part of a martyr's tomb. Under a baldacchino, the high altar contains the relics of St. Clement of Rome and St. Ignatius of Antioch.

An altar in the back of the church on the left contains the relics of St. Servulus (6th century). Nearby is the 15th-century tombof Cardinal Venerio, which incorporates the 6th-century baldacchino. Directly across, on the right side of the altar, is the tomb of Cardinal B. Roverella by A. Bregno and G. Dalmata (1476).

Near the entrance in the left aisle is the Chapel of St. Catherine of Alexandria, featuring frescoes by Masolino de Panicale (early 15th century). The west front of the church consists of a 4th-century portico and a 12th-century atrium.

The interior of the 4th-century church is very well preserved, but its frescoes (6th, 8th and 9th century) are quite faded. Not all that you see here is ancient: significant changes were made when this church was abandoned for the new one above.

After the damage under the Normans, the colonnades between nave and aisles were walled up. A third wall running down the nave as well as the apse wall immediately behind the altar were also added to support the upper church. Rows of supports were added in the 19th century to add further support after excavations removed 130,000 cartloads of rubble from here.

Originally, the 4th-century church interior consisted of a nave and two timber-roofed aisles with an apse at the west end and a narthex at the entrance, fronted by an atrium surrounded by arcaded porticoes.

Faded frescoes decorate many of the walls, and date from the 6th to 11th centuries. They depict New Testament scenes and lives of several saints.

The recently-discovered 6th-century baptismal font is polygonal with a round interior, 2 meters in diameter, and decorated with marble revetments forming stylized waves.

At the end of the left aisle of the lower church, a 4th-century staircase leads down to the 1st-century insula (Roman apartment complex), much of which still remains unexcavated.

The 3rd-century Temple of Mithras, down a narrow corridor to the left, was deliberately destroyed when the church was built, but one room has survived. It is a small artificial cave with stars on the ceiling, long side benches, and a stone altar with a relief of Mithras slaying the bull.

The room opposite and the room down a corridor to the temple's right are decorated with stuccoed geometric and floral patterns. Continuing past the temple and taking a left, there is a long Roman alley that divides the insula and the mansion.

Straight ahead past the alley entrance is the entrance to the mansion. On the right (sometimes closed) are two of the best-preserved rooms, with beautiful Roman brickwork.

The sound of rushing water can be heard throughout this area. It comes from a lost spring or maybe a 1st-century aqueduct running towards the Tiber via the Cloaca Maxima, the main sewer of ancient Rome.

Below is a location map and aerial view of San Clemente. Using the buttons on the left (or the wheel on your mouse), you can zoom in for a closer look, or zoom out to get your bearings. To move around, click and drag the map with your mouse.