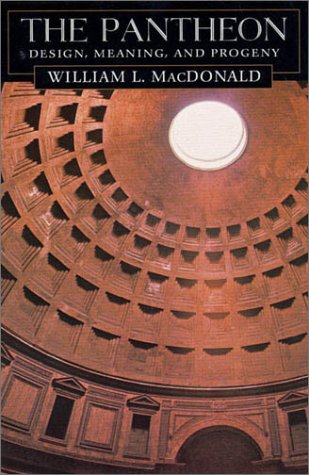 Churches and Catacombs of Early Christian Rome: A...

The Pantheon is a magnificent ancient temple in Rome that was later converted into the church of Santa Maria ad Martyres. Dating from 125 AD, this is the most complete ancient building in Rome and one of the city's most spectacular sights.

Until the 20th century, the Pantheon was the largest concrete structure in the world. Michelangelo studied its great dome before starting work on the dome of St. Peter's Basilica.

The Pantheon is the burial place of several important Italians (including the artist Raphael), and it remains an active church. It is a major tourist destination and a popular place for weddings.

History of the Pantheon

The Pantheon was originally built in 27-25 BC by the magistrate Marcus Agrippa (his name appears on the inscription outside), to commemorate the victory of Actium over Antony and Cleopatra. This original temple burned down in 80 AD.

The Pantheon was completely reconstructed in 125 AD by Hadrian, a cosmopolitan emperor who had traveled widely in the East. The second temple was dedicated to every known god, from which the Pantheon gets its name. Hadrian himself is credited with the basic plan, an architectural design that was unique for the time.

The Pantheon was maintained and restored by the emperors Septimus Severus (193-211) and Caracalla (211-17). During its two centuries as a functioning temple, statues of gods filled the niches. Animals were sacrificed and burned in the center; the smoke escaped through the only means of light, the oculus.

After Christianity replaced paganism in Rome, the Pantheon was abandoned for a time. Public pagan worship was prohibited in 346 and most pagan temples were closed in 356. Fortunately, a decree of 408 ordered that temples were to be put to new use; thus some have been preserved and were used as secular buildings.

The Pantheon remained unused until the Byzantine emperor Phocas (602-10) gave it to Pope Boniface IV (608-15). In 609 AD, the Pantheon was consecrated as a Christian church. It was the first pagan temple in Rome to be Christianized, although the practice had been common in the East since the 4th century. The church was dedicated to the Virgin Mary and all the martyrs, thus continuing the tradition of a "catch-all" place of worship.

As part of the consecration in 609, an altar was placed in the main apse opposite the entrance, with an icon of the Virgin and Child placed above it. Legend has it that Pope Boniface transferred "cartloads" of martyrs' relics to the newly consecrated church, but this is unlikely. At that time, the presence of human remains inside a city was an Eastern practice frowned upon in Rome. The earliest documented transfer of relics into Rome is in the 640s (by popes of Eastern origin) but the practice did not really become accepted in Rome until the 8th century. Future excavations may reveal whether the legend is based in fact or not.

In 667, the Pantheon was stripped of its golden roof tiles and looted of anything of value, but the building was partially restored by Pope Benedict II (684-85). It was subsequently robbed and restored again several times.

In the 16th century, Michelangelocame to the Pantheon to study its dome before he began work on the dome of St. Peter's (whose dome is 2 feet smaller), and the Pantheon's roof was stripped of bronze for use in Bernini's baldacchino in St. Peter's. In 1563, the bronze doors were restored.

Among the many buildings influenced by the Pantheon's design are the British Museum Reading Room, Thomas Jefferson's Rotunda at the University of Virginia, Low Library at Columbia University and the State Library of Victoria in Melbourne, Australia. The "Historic Centre of Rome," with specific mention of the Pantheon, was designated a World Heritage Site in 1980.

What to See at the Pantheon

The Pantheon is widely praised for its feats of architecture and concept of space. At 43m (142 ft) wide and 43m (142 ft) high, it is a perfect sphere resting in a cylinder.

The Pantheon's huge dome is a perfect hemisphere of cast concrete, resting on a solid ring wall. Outside, the dome is covered in almost weightless cantilevered brick.

The portico (porch) is made of 16 monolithic Corinthian columns topped by a pediment. The inscription M·AGRIPPA·L·F·COS·TERTIUM·FECIT means: "Marcus Agrippa, son of Lucius, during his third consulate, built this."

The bronze doors leading into the building (which are original and were once covered in gold) weigh 20 tons each. The walls of the Pantheon are 7.5m (25 ft.) thick.

The oculus, the only source of natural light in the Pantheon, is a round opening in the center of the dome. It is 27 feet in diameter and open to the sky (the floor is gently sloped to allow for runoff of rainwater).

The main altar of the church is opposite the entrance, and the original 7th-century icon of the Madonna and Child can be seen above it. This was previously dated to the 13th century, but the 7th-century original was recently recovered under layers of overpainting. It is a rare survival of an icon from a period when they were a common feature in Roman churches. The apse is decorated with a golden mosaic featuring crosses.

Monumental tombs are set into the walls of Pantheon, including that of the artist Raphael (on the left side as you enter). Vittorio Emanuele II, first king of a unified Italy, and his successor, Umberto I, are interred here as well.

In the plaza outside the Pantheon is a lovely fountain topped by an ancient Egyptian obelisk. The obelisk and its base were erected by Pope Clement XI.

Quick Facts on the Pantheon

Map of the Pantheon, Rome

Below is a location map and aerial view of the Pantheon. Using the buttons on the left (or the wheel on your mouse), you can zoom in for a closer look, or zoom out to get your bearings. To move around, click and drag the map with your mouse.